U.S. safety regulators are investigating a complaint that a car owner’s ear was cut in half when a side air bag inflated in a Hyundai Elantra. 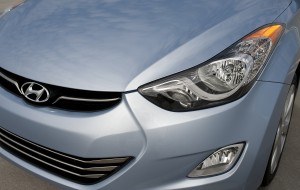 The U.S. National Highway Traffic Safety Administration said Monday on its website that it’s investigating to see if the problem will recur in about 123,000 Elantras from the 2012 model year.

In a complaint filed with the agency, the Elantra owner said the driver’s side curtain air bag inflated in a crash on April 7, and a metal bracket came with it, slicing the owner’s ear. The owner gave the agency photos showing a metal component sticking out from the car above the driver’s seat.

“It appears that the metal component caused a laceration to the driver’s ear/face,” the NHTSA documents said.

The agency said it will evaluate the compact cars to see if there’s a safety problem. No recall has been ordered.

Hyundai spokesman Miles Johnson said in an e-mail that the incident appears to be isolated. “Hyundai has no other reports of injury from side curtain air bag deployment in 2012 Elantras,” he wrote.

The company is cooperating with NHTSA in the probe, but neither the company nor the government has had a chance to look at the owner’s car, Johnson wrote.

Hyundai has sold more than 164,000 Elantras in the U.S. since June of last year, the first full month that the 2012 model was on sale. Some of those sales likely were from the 2011 model year.