The Federal Aviation Administration has repeatedly lagged in responding to whistleblower complaints about urgent safety problems, including takeoff and landing procedures at one airport that have caused planes to nearly collide, a government watchdog said Tuesday in an unusually harsh public rebuke. 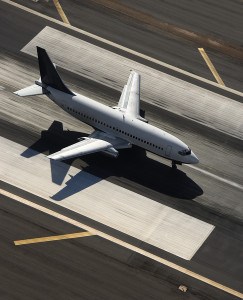 Among the substantiated allegations were that controllers at one of the world’s busiest air traffic control facilities in Long Island, N.Y., slept in the control room at night, left shifts early, used personal electronic devices while on duty, ignored proper procedures and manipulated work schedules to gain overtime pay.

In another case, air traffic control procedures at the Detroit Metro Airport continue to bring planes that are taking off too close to planes that are aborting a landing, even though controllers pointed out the problem to FAA management years ago, the Office of Special Counsel said.

Under pressure to resolve the problem at Detroit, the FAA has issued new instructions to pilots for aborted landings. But controllers say those instructions are often impossible to carry out. Special Counsel Carolyn Lerner presented reporters at a news conference with a recording of a near-collision there on Christmas Day 2009 between a Northwest Airlines plane and an American Eagle regional jet.

Lerner, whose job is to protect from retaliation government employees who expose mismanagement or wrongdoing, has sent the White House and Congress letters detailing seven FAA whistleblower cases – including the Detroit case – in which safety allegations have been substantiated. In five of the seven cases, the FAA has failed to follow through fully on promised corrections, her office said.

Taken together, the cases show a pattern dating back at least to 2007 in which employees have complained to the special counsel that the FAA refused to heed warnings about significant safety issues and then promised to correct the problems only when forced by oversight agencies, Lerner said. Even then, the FAA’s handling of the complaints was satisfactory in only one of the seven cases, she said.

The cases “paint a picture of an agency with insufficient responsiveness given its critical public safety mission,” Lerner said at the news conference, the only one she has called in nearly a year on the job. She stopped short of saying FAA’s lapses mean public safety is at risk, but added that the agency has shown a pattern of not responding to serious safety allegations with the urgency they deserve.

The allegations about controllers at the Long Island center were made public last year by Evan Seeley, a controller who has since been transferred to another facility at his request. The FAA has since replaced most of the center’s top managers.

Imprecise language used by a controller at the Long Island facility contributed to a near collision between an American Airlines jet with 259 people aboard and two Air Force transport planes southeast of New York City in January 2011.

While the FAA has taken action to correct problems at the Long Island control center, Lerner said her office has determined there is a substantial likelihood that nearly identical allegations by another controller at an airport tower in Westchester County, N.Y., are also valid. Those allegations also include controllers sleeping on the job. The case has been referred by the special counsel to the Department of Transportation for further investigation, along with another case that Lerner declined to identify.

Those two cases are in addition to the seven cases Lerner detailed in her letter.

The Transportation Department, which includes the FAA, said in a statement that it will “promptly review, investigate and take aggressive action where necessary to ensure our high safety standards were met.”

“We are confident that America’s flying public is safe, thanks in part to changes that DOT and FAA have already made in response to these concerns and other whistleblower disclosures,” the statement said.

The FAA has one of the highest rates of whistleblower filings per employee of any government agency, Lerner said.

The counsel’s office has received 178 whistleblower disclosures from FAA employees since 2007, 89 of which related to aviation safety. Forty-four cases were referred to the Transportation Department for investigation, and all but five were substantiated.