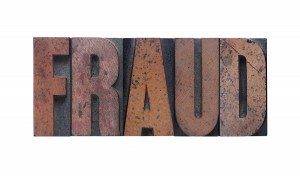 But reforms have no certainty of passage despite large public benefits. Backroom deals and interest group politics can poison the best proposals. So this year could be remembered for re-armoring of auto fraud laws in key states. This year could just as easily be a flat tire.

Florida, New Jersey and Michigan are the three hotspots.

Key trends to watch: Staged crash rings and rogue clinics are being targeted.

Especially, several bills would whack the recruiters (also called runners) who send the gangs patients. Some of these bills tackle an emerging trend: Parasitic recruiters are badgering real crash victims for treatment at shady clinics.

Clinics will face tighter licensing standards. Medical providers convicted of fraud could be booted from the no-fault system. Insurers will have more time to investigate claims before paying. The right of insurers to conduct examinations under oath was reaffirmed.

Clinics are the nerve centers of staged-crash rings. The reforms will make it harder for sham clinics to infiltrate or maneuver in the no-fault system. The reforms aren’t a miracle cure, but they are a much-needed step forward.

Shady no-fault clinics have sprouted around the Garden State. A proposal tackles the exploiting of crash victims. A bill would work to stymie sleazy tactics aimed at recruiting crash victims to sham clinics. Two provisions would get rid of unwanted phone calls, knocks on doors, letters, and other pushy tactics.

The temporary freezes would last for 30 days after a crash. Often-traumatized victims thus will gain time to choose their best medical and legal options with their insurer, without a pushy recruiter bugging them. The provisions would:

A separate auto provision unrelated to crash rings would make it a crime for drivers to illegally lower their auto premiums by lying about where they garage their vehicles. This is a problem in New Jersey and other states.

It’s too early to predict the outcomes of both bills.

Two measures could help change the landscape for a state battling with crash gangs. First, the governor has signed a bill making it a crime to recruit for crash rings, and for the kingpins to hire recruiters.

A second measure would create an auto fraud prevention authority. Michigan is among the few states without a fraud bureau. This has greatly hampered efforts to take down crash rings. The unit would fund investigations and prosecutions. Drivers, in turn, would fund the unit with higher vehicle registrations.

Texas blocks most solicitation, of any kind. Florida limits access to crash reports for 60 days. Georgia simply forbids reports to be used for “commercial purposes.”

But similar bills have fizzled in other states recently. Ironically, the police have stymied crash report bills in several states. One excuse: Police are protecting revenue they earn from selling reports.

Protecting crash victims from being victimized needs far more attention, study and protective legislation. The wellbeing of policyholders and continued large losses for auto insurers both are on the line. Insurance crooks continually adapt their tactics. Fraud fighters must keep adapting faster and better.

Howard Goldblatt is the director of government affairs for the Coalition Against Insurance Fraud. Website: www.insurancefraud.org.