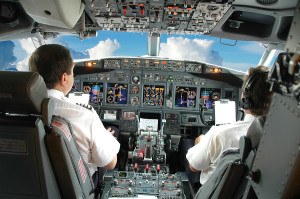 Recent incidents involving an in-flight fatal heart attack by a general aviation pilot and disturbing behavior by a commercial airline pilot have helped to spotlight the potential danger that can arise due to pilot medical problems during a flight, said Douglas H. Amster, a shareholder at national law firm LeClairRyan. Amster focuses his practice on aviation tort defense on behalf of commercial airlines, owners and operators of private aircraft, as well as entities that maintain and repair aircraft.

“At this point, it’s too early to say how pervasive the problem is,” observed the Newark-based attorney, who recently spoke about pilot impairment due to undisclosed medical conditions at the 46th Annual Southern Methodist University Air Law Symposium held in Dallas. “But statistics suggest that there may be many pilots now flying who have undisclosed medical issues that could lead to in-flight problems.”

According to a Federal Aviation Administration (FAA) report, hundreds of fatal accidents have been documented in which pilots failed to disclose potentially disqualifying medical conditions on their Airmen Medical Certificate Applications, Amster noted. “In one study, FAA researchers found toxicology evidence of serious but undisclosed medical conditions in nearly 10 percent of all pilots involved in fatal accidents during a 10-year period,” he told conferees. “With approximately 650,000 foreign and domestic pilots holding FAA Airmen Medical Certificates, if an average of 10 percent don’t disclose medical conditions, up to 65,000 pilots could have undisclosed medical issues.”

In a separate undertaking, the United States Department of Transportation investigated 40,000 airmen and found that eight percent failed to disclose medical conditions for which they were receiving disability benefits from the Social Security Administration. “In other words,” Amster noted, “these pilots were too sick to work, but not too sick to fly.”

“Besides putting passengers in a potentially risky position, airline companies and their insurers could be exposed to significant liability in the event of an accident, even if it turned out that the pilot had withheld critical information from the FAA, his or her employer and insurer,” he warned. “Although some jurisdictions have laws that may shield an insurer from coverage if a medical condition was not disclosed or was misrepresented, other jurisdictions require the establishment of a causal connection before the insurer could be released due to such nondisclosure or misrepresentation.”

Even in states like New Jersey, where violations of statutes and/or regulations are evidence of negligence, litigation can be complicated, he said.

“In a case decided in November 2007, an investigation into a fatal 1999 crash determined that as early as 1972 the pilot, Dr. Itzhak Jacoby, had been taking Fiorinal, a migraine headache drug containing a barbiturate,” Amster said.

“Despite approximately 800 pills being prescribed in the accident year alone, Dr. Jacoby’s medical file revealed that every year—from 1988 through one month before the tragic accident—his self-reported medical certificate was checked ‘no’ as to whether he suffered from frequent or severe headaches, and whether he was taking non-prescription or prescription medication.”

Although a federal district court judge and jury eventually determined that Jacoby’s “persistent and consistent lies of omission and commission” were significant enough to prevent his estate from recovering damages, the case demonstrates “the types of issues and complex litigation that can arise when a pilot fails to disclose a medical condition that would have compromised the validity of his or her medical certificate,” Amster noted.

But even as some observers call for stricter medical reporting requirements, the Aircraft Owners and Pilots Association (which represents the largest group of pilots in the country) and the Experimental Aircraft Association recently filed a petition with the FAA, seeking to relax the standards for medical oversight for recreational pilots, placing exclusive reliance on pilot self-reporting, Amster said. The petition seeks to exempt recreational pilots from the medical certification process, and has the potential to introduce an entirely new group of pilots into the population who might not otherwise be able to meet the medical standards necessary to become a pilot, he noted.

“It has been recommended by others that the FAA work with the Social Security Administration and other government agencies to expedite the development and implementation of a strategy to carry out cross-checks and take appropriate enforcement action where falsifications are found,” he noted. “There is also a recommendation to revise FAA Form 8500-8 to permit government agencies to share information. But until something is done to address this reporting gap, airline carriers and insurers may continue to be exposed to significant liability even if they have complied with all of their regulatory responsibilities.”

Nicholas Threatens to Lash Gulf Coast With Rain for Days