Shares of A123 Systems tumbled to an all-time low on Monday after the maker of batteries for electric cars estimated that it would spend about $55 million to replace battery modules and packs that might be defective. 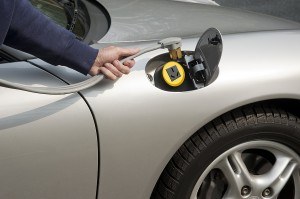 A123 said the problem does not pose a safety threat, but customers’ battery equipment could fail early. Five customers – including Fisker Automotive, the company’s biggest client – received parts that could have had defective cells, A123 CEO David Vieau said Monday during a conference call.

The $55 million represents as much as one quarter of this year’s projected revenue, which A123 has estimated between $230 million and $300 million. The company, which went public in September 2009, has yet to turn a profit.

“I don’t think (A123 Systems) is going out of business, but it’s a squeaker,” said Wunderlich Securities analyst Theodore O’Neill. The company’s cash could run short within nine months, O’Neill said.

A123 Systems expects to start shipping replacement packs and modules to affected customers this week. It will cover the cost to replace the equipment over the next several quarters. The company would not identify which customers are affected nor how many batteries in total will be replaced. But in a separate statement Monday, Fisker said it would replace the battery packs for its customers.

O’Neill said the replacement process is so expensive because each battery pack contains more than 300 cells. If just one cell is defective, it can ruin the entire battery pack. So A123 Systems will have to replace a wide swath of batteries, O’Neill said. A123 has sold more than 4,000 batteries to Fisker alone, he estimated.

Vieau said A123 has sufficient cash to pay for the replacements. But the company will likely adjust its fundraising strategy because of the additional cost, he said. Spokeswoman Courtney Kessler said the company wasn’t outlining specific ways it might raise more money, but it plans to give an update on the matter during next week’s earnings conference call.

A123 said the affected equipment was limited to products made in its Livonia, Mich., factory. It said it has been taking steps to improve its manufacturing process, including the hiring in January of Chief Operating Officer Ed Kopkowski. He was previously a vice president at auto supplier Dana Holding Corp.

Fisker said Monday that it will upgrade customer warranties because of the battery replacement. The new warranty will apply to existing and future 2012 models of the luxury Karma model, which costs about $100,000. Fisker said A123 will replace all affected battery modules and packs for the Karma.

Last month, privately held Fisker recalled the small number of 2012 Karmas it had already sold because of a problem with battery packs made by A123, said Fisker spokesman Roger Ormisher. A faulty hose on the battery pack led to potential coolant leaks.

Fisker has sold about 640 Karmas and 200 to 300 more are on car dealership lots, Ormisher said.

Orders from Fisker have a big impact on A123. Battery sales to Fisker accounted for about $40.7 million of A123’s $159.1 million in total revenue in 2011, Wunderlich’s O’Neill estimated. The battery maker lowered its full-year revenue outlook late in 2011 after Fisker cut orders for A123’s battery packs.

Ormisher said Fisker has no plans to cut orders this year.

The stock on Monday gave up all its gains from earlier this month, when A123 announced that it would supply Indian automaker Tata Motors with lithium ion battery packs for use in commercial vehicle hybrid electric systems.

General Motors Co. in August chose A123 to produce batteries for use in future electric vehicles. A123 isn’t yet supplying batteries to either Tata or General Motors, O’Neill said.