U.S. regulators pushed Internet companies on Monday to adopt a “Do Not Track” system that would give consumers more control over their personal data online, and asked Congress to pass privacy legislation. 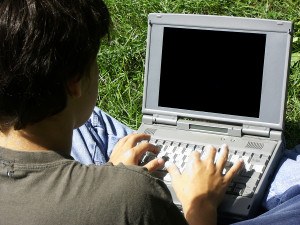 The Federal Trade Commission, in its 57-page final report on privacy recommendations, called for voluntary steps that look largely similar to the agency’s December 2010 preliminary report.

The FTC does not have the power to write rules, and is instead leaning on Internet companies to adopt tougher internal privacy policies that ensure the security of consumer data, and limit the collection and retention of such data.

The agency can bring enforcement actions against companies that violate their own privacy policies.

The report is in response to growing consumer concern about the lack of control over the collection and trade in vast amounts of detailed information about their online activities and real-life identities.

The FTC in its report urged companies to consider consumer privacy when creating software, rather than adding privacy options later, and to be clear to consumers what data they are collecting and why.

The FTC also said it is encouraged by the progress the industry has made in developing a Do Not Track system that lets consumers click a button on their Internet browsers to ensure their data are not being collected.

The agency said it will work with Internet companies to get the system in place.

“We are confident that consumers will have an easy to use and effective Do Not Track option by the end of the year because companies are moving forward expeditiously to make it happen and because lawmakers will want to enact legislation if they don’t,” said FTC Chairman Jon Leibowitz in a statement.

The FTC also targeted online data brokers who buy, compile, and sell personal information about consumers. It said there should be legislation that would provide consumers with access to information held by data brokers.

Further, the FTC said data brokers should explore a centralized website where consumers could get information about their practices and their options for controlling data use.

In its own privacy push last month, the White House proposed a “privacy bill of rights” that would give consumers more control over their data but relies heavily on voluntary commitments by Internet companies like Google Inc and Facebook.