BMW AG, the world’s largest premium carmaker, is recalling about 1.3 million cars for repair worldwide due to a possible problem with a battery cable cover in the trunk, the carmaker said on Monday. 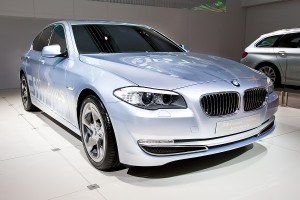 “In some remote cases, the battery cable cover inside the boot of these vehicles may be incorrectly mounted,” it said.

“This can result in the electrical system malfunctioning, the vehicle failing to start and, in some cases, to charring or fire,” the company said, adding it was not aware of any accidents or injuries to people due to the problem.

Fewer than 1 percent of the cars BMW has so far inspected for the issue have exhibited the problem, a BMW spokesman said. So far, the spokesman said, there have been no reports of fires.

BMW said it was writing to car owners. The repair procedure in a BMW partner workshop would take about 30 minutes to an hour and would be free of charge to customers, it added.

In some European countries, the trunk is called the car’s boot.