Controlling workers’ compensation costs is a top priority for employers.

During the next 12 months, employers say cost containment is their number one workers’ compensation insurance concern, a new study shows. Some 59 percent of employers say they are very or somewhat concerned about cost containment in 2012. Employers also expressed concerns about increasing exposures, renewals and rising fraud behaviors.

Almost half of all respondents to the survey – 48 percent – reported a workers’ compensation premium increase in the past year, while 28 percent reported a decrease and 24 percent said their premiums stayed the same.

The 2012 P&C Workers’ Compensation & Safety Survey was conducted from Jan. 6 to Feb. 24, by Milwaukee-based Zywave, a provider of software-as-a-service solutions for the insurance and financial services industries. Over 3,500 employers nationwide participated in the survey.

Participants said the most effective measure they took to control workers’ comp cost was having a safety-minded culture (65 percent). 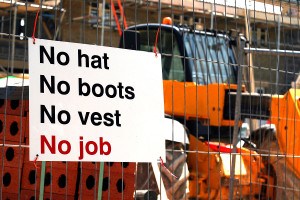 While 59 percent indicated that a light-duty or return to work program was an effective or highly effective method of controlling costs, only 45 percent of respondents reported having a written return to work policy.

After cost containment, employers expressed notable concerns about increasing exposures (35 percent), renewals (35 percent), and rising fraud behaviors (31 percent). Market availability was a concern of 26 percent of respondents, and just over 20 percent were worried about carrier stability.

Companies reported having a safety director (54 percent) more often than a risk manager (29 percent), although duties of these personnel may often be similar. In cases where a safety committee existed (48 percent), 81 percent indicated the committee was empowered to engage policies and corrective actions.