The Supreme Court ruled Tuesday that states cannot be sued under the Family and Medical Leave Act for refusing to give an employee time off to recover from an illness. One justice said the decision “dilutes the force” of the law that allows millions of working Americans time off to take care of sick family members or to have children. 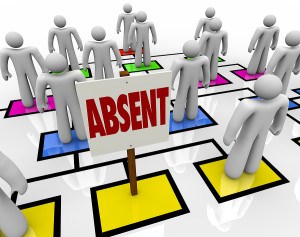 The high court refused to let Daniel Coleman sue the Maryland state Court of Appeals for damages for firing him after he asked for sick leave, blaming Congress for not equating family care and self-care when lawmakers wrote the Family and Medical Leave Act.

Justice Anthony Kennedy, who wrote the controlling opinion, said Congress did not investigate self-care the way it did family care when it passed the FMLA, leaving little “widespread evidence of sex discrimination or sex stereotyping in the administration of sick leave.”

“Documented discrimination against women in the general workplace is a persistent unfortunate reality, and we must assume, a still prevalent wrong. An explicit purpose of the Congress in adopting the FMLA was to improve workplace conditions for women. But states may not be subject to suits for damages based on violations of a comprehensive statute unless Congress has identified a specific pattern of constitutional violations by state employers,” said Kennedy, who was joined in his opinion by Chief Justice John Roberts and Justices Clarence Thomas and Samuel Alito.

Coleman asked for a 10-day medical leave to deal with hypertension and diabetes in 2007, and said he was wrongfully fired after his request was denied. He sued for $1.1 million in damages under the Family and Medical Leave Act, but his lawsuit was thrown out, with the 4th U.S. Circuit Court of Appeals saying states could not be sued under the FMLA.

The 1993 Family and Medical Leave Act grants eligible workers up to a total of 12 weeks of unpaid leave during any 12-month period for such things as caring for a newborn or a sick family member, or because the employee has a serious health condition. It generally covers employers with 50 or more employees, which means it covers just about half of the U.S. workforce. Seven million of the 77.1 million FMLA-eligible people took leave in 2005.

Coleman argued to justices that he and some 5 million state workers like him should be able to sue for money damages for FMLA self-care violations but Maryland and 26 other states disagreed. They acknowledge they’re bound by the Family and Medical Leave Act and must grant time off. But the states say that unlike private employers, states are protected by the Constitution from monetary damage suits that could drain a state’s finances.

Kennedy agreed. For states to be sued under FMLA, “Congress must identify a pattern of constitutional violations and tailor a remedy congruent and proportional to the documented violations,” Kennedy said. “It failed to do so when it allowed employees to sue state for violations of the FMLA’s self-care provision.”

Justice Antonin Scalia did not join the majority opinion but agreed with the judgment.

Four justices dissented, including Ruth Bader Ginsburg, who in an unusual move read her dissent aloud in court.

“The court’s judgment dilutes the force of the Act and that is regrettable,” she said. “But at least the damage is contained. The self-care provision remains valid Commerce Clause legislation and therefore applies, undiluted, in the private sector.”