The seven-member commission selected by President Barack Obama to investigate the Gulf oil spill is getting back together. This time, it will press for action to improve drilling safety.

The re-formed group said it plans to issue a report card on actions taken by Congress, the administration and the industry next month, around the second anniversary of the worst offshore oil spill in U.S. history.

“The commissioners have become increasingly concerned that efforts to implement the recommendations are ebbing in spite of all that still needs to be done,” said William K. Reilly, co-chair of the panel, and a former Environmental Protection Agency administrator under President George H.W. Bush.

Last January, the panel called for a series of steps to improve offshore drilling safety from boosting budgets and training at the agency that oversees drilling, to increasing the liability cap for companies drilling offshore. 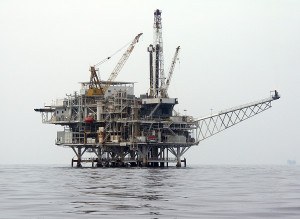 But only one appears to have a chance in Congress: diverting 80 percent of the water pollution fines from the disaster to states affected by the spill. With high gasoline prices, the focus of Republicans and the White House in an election year has turned to boosting domestic oil and gas production.

The commission has been critical in the past of the administration and the industry. While the Interior Department under Obama has initiated widespread reforms and a massive reorganization, the panel concluded that the improvements made were modest, and highlighted mistakes made by the government in estimating the size of the spill.

On the industry side, the commission called for an industry-led safety institute, independent of the oil and gas industry’s main lobbying group, the American Petroleum Institute. The API recently launched such a group, the Center for Offshore Safety. However, it is housed within API, which also selects the center’s chairman.

Oil Spill Commission Action, as the reconvened panel will be called, has received money from a foundation set up by the founders of Wal-Mart, but much of the work will be done on a volunteer basis, according to Toby Clark, a spokesman. It will operate as a project of Resources for the Future, a non-profit and nonpartisan group that conducts research into environmental issues.