Air Force ground controllers delicately rescued a $1.7 billion military communications satellite last year that had been stranded in the wrong orbit and at risk of blowing up – all possibly because a piece of cloth had been left in a critical fuel line during manufacture. 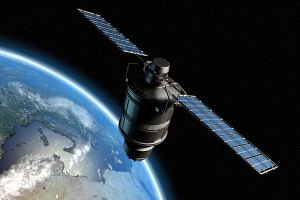 During the 14-month effort, the satellite had to battle gravity and dodge space junk while controllers improvised ways to coax it more than 21,000 miles (33,800 kilometers) higher to its planned orbit.

The Advanced Extremely High Frequency satellite is the first of six in a $14 billion system designed to give the military more communications capacity than its current Milstar system as well as resist signals jamming.

Losing AEHF-1 would have been a costly and embarrassing blow. It would have delayed the satellite system along with all the related technology that will use it, and it would have prolonged the military’s dependence on the aging Milstar system, first launched in 1994. It also would have raised more questions in Congress about the military and aerospace industry’s ability to manage multibillion-dollar projects.

The program was $250 million over budget and two years behind schedule when the first satellite, AEHF-1, lifted off from Cape Canaveral, Florida, in August 2010. As planned, an Atlas V rocket carried AEHF-1 to an elliptical “parking orbit” ranging from 140 miles (225 kilometers) to 31,000 miles (49,900 kilometers) from Earth.

Trouble came days later when ground controllers twice directed AEHF-1 to fire its main engine to begin moving into a circular orbit more than 22,000 miles (35,400 kilometers) above the Earth. Both times the satellite shut the engine down when it detected that it wasn’t working – a safety feature.

AEHF-1 was useless in the parking orbit where it was stranded. Worse, there was a danger the fuel backed up in the lines might ignite and explode, the Air Force said.

The Air Force acknowledged a problem in the propulsion system shortly after the 2010 launch but didn’t publicly discuss the danger the satellite was in until this year.

“My initial reaction was we had lost the mission,” said Dave Madden, the civilian director of the Military Satellite Communications System Directorate at Los Angeles Air Force Base, California.

Madden quickly assembled teams of “really big brains” from the Air Force and the aerospace industry – including satellite builder Lockheed Martin – to determine what went wrong. His experts said another attempt to fire the engine might trigger an explosion.

They devised a rescue plan using the satellite’s two other propulsion systems. Both are weaker than the main engine and were designed to make course corrections, not push the satellite across 21,000 miles (33,800 kilometers) of space.

Over the next 14 months, ground crews fired the two propulsion systems hundreds of times. Each time, they had to check with Air Force teams that monitor satellite orbits to make sure AEHF-1 wasn’t headed for a collision with a piece of space junk. They had to move the satellite out of the way of debris three or four times.

One of the backup propulsion systems required electricity, so the satellite’s solar panels had to be extended earlier than planned. That put them at risk of damage as the satellite passed through radiation belts around the Earth. They survived without damage.

The satellite reached orbit in October, more than a year late, and successfully completed testing on Feb. 29, Lockheed Martin said. No other problems have cropped up, and the Air Force said it has enough fuel to complete its expected 14-year life.

Madden’s experts identified the likely culprit for the engine malfunction as a blocked fuel line. A Government Accountability Office report issued last year said the blockage might have been a piece of cloth left there during manufacturing. The Air Force said it could have been put there in the first place to keep out impurities when the line was disconnected for a repair.

Defense analyst Marco Caceres, who tracks rocket and satellite failures as part of his work for the Teal group, an aerospace and defense analysis firm, said he had never heard of such a mistake.

“If I had to find the top 10 strange ones, that one would make my list,” said Caceres.

Lockheed Martin, which is expected to build all six AEHF satellites, said the probable cause was a foreign object that got into the system during manufacture. The Air Force reduced Lockheed Martin’s potential fees by $15 million because of the mistake. Lockheed Martin’s current contract for the AEHF program is valued at $7.8 billion.

The Air Force said the next two AEHF satellites have been inspected and additional checks have been added to the manufacturing process for the remaining versions. Lockheed Martin and the Air Force say the next satellite is scheduled for launch on April 27.