“Evidence is anything that a juror wants it to be,” according to Franklin D. Patterson, a Colorado-based trial attorney. Everything that is going on in that court room is part of the evidence, he said.

While evidence can be everything and anything going on in a court room, the witnesses are just as important.

“It is a double-edged sword when you put the claim rep on the stand,” attorney Patterson said.

“The demeanor of a witness makes a big difference,” Patterson, speaking at a recent American Bar Association Tort Trial and Insurance Practice Section conference in Phoenix on the evolving landscape of insurance coverage. Jurors have pre-existing attitudes and beliefs that play a role in the outcome of a case, he said. “Imagine jurors are wearing earmuffs and sunglasses.”

According to Patterson, the witness’ story has to be communicated in a way which is consistent with the juror’s view of the world. 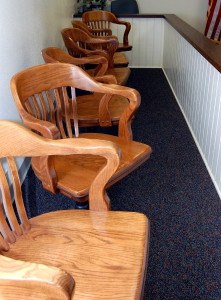 In order to understand jurors better, adjusters and retained attorneys should look at the makeup of the jurisdiction, including the population, working class type and verdict trends, suggested Arthur H. Patterson (no relation), Ph. D., senior vice president of Penn.-based DecisionQuest Inc. and another presenter on the subject.

Mary Jones owned a strip mall and her ex-husband leased a portion for an appliance repair business. A fire on Jan. 30, 2010 destroyed Mary Jones’ candle factory. There was speculation that a meth lab located within her ex-husband’s leased space sparked the fire. The ex-husband pled guilty to avoid the arson loss. Apex, a provider of business income, extra expense and property coverage to Mary Jones, denied her claim. Jones filed actions against Apex for breach of contract, bad faith and violation of the unfair claims practices act.

The mock deposition demonstrates what any adjuster scheduled to be deposed could expect to encounter.

The deposition will typically begin with a discussion of the adjuster’s background, including education, training and work history, according to Gregory R. Giometti, a Denver-based civil litigation attorney with experience in insurance bad faith cases. These questions will lead into questions directed at the steps an adjuster takes in evaluating coverage and resolving a claim, said Giometti.

More specific claim questions will generally follow, according to Giometti. In the mock deposition, these were identified to include:

• Verification of the size of the commercial building

• Verification of the size of Mary Jones’ business

• Verification of the size of Jones’ ex-husband’s business leased

The adjuster will be questioned in detail on the claim file and log notes. Specific dates and language used will be reviewed. Giometti said this is when an adjuster will be expected to explain his or her decisions on the specific case at hand.

In the example, there was a letter from the adjuster to policyholder Jones indicating “coverage appears to be in order.” During the mock deposition, the Apex adjuster said that the statement related to the policy information and not to coverage relating to the specific claim. While the adjuster may have understood what she meant, an insured might not.

According to Dr. Patterson, juries will seize upon written language contained within evidence. In this case, the adjuster’s letter continued: “It was a pleasure meeting you at the scene.” Dr. Patterson questioned if this was appropriate phrasing considering Mary Jones lost her business in a fire.

A few days later the Apex adjuster received a letter from policyholder Jones confirming her understanding that coverage was confirmed and asked when repairs and interim payments could begin. During the mock deposition the Apex adjuster explained that she responded with a call and set up a second recorded statement, but no written response was ever provided.

According to Giometti, as a deposition continues an adjuster can expect to go back and forth between exhibits as progress, typically in date order, is made through the claim file.

An important aspect of claim documentation, and notes in particular, is that conversations between adjusters and supervisors are scrutinized during adjuster depositions, Giometti said. Claims that have no plan of action documenting a course to resolution are also likely to be scrutinized by the policyholder’s attorney, he said.

Dr. Patterson emphasized that adjusters and insurers should consider what a layperson would think of a case. In this example, jurors would hear a story about a single woman running a business who was taken advantage of by her ex-husband, he said.