U.S. safety regulators have opened an investigation into an estimated 360,000 Ford Motor Co. Taurus sedans for a potential problem with the throttle getting stuck in an open position. 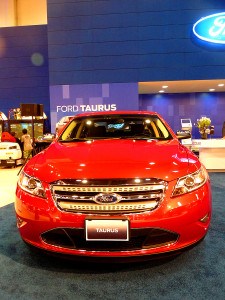 The National Highway Traffic Safety Administration said it had opened a preliminary investigation in the Taurus cars from model years 2005 and 2006 after receiving 14 consumer complaints alleging incidents of a stuck throttle resulting from cruise control cable detachment.

A preliminary investigation is the first step in a process that could lead to a recall if regulators determine that a manufacturer needs to address a safety issue.

A Ford spokesman said the U.S. automaker was cooperating with NHTSA.

The complaints allege engine speeds as high as about 4,000 revolutions per minute after shifting the car into park or neutral, according to documents filed with NHTSA. Some complaints say it was difficult to slow the car with the service brakes during the incident, and one report indicated that when the car was finally stopped, it was partially in an intersection after going through a red light.

Some drivers said they had to shut off the engine or shift into neutral to stop the car, NHTSA said.

Shares of Ford were unchanged at $12.58 in trading before the market opened.