Federal safety officials want changes in how equipment is mounted to overhead bins on Boeing 737 jets to prevent the 12-pound (5 1/2-kilogram) units from falling on passengers during survivable crashes. 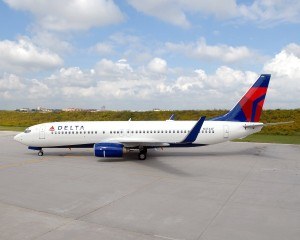 The National Transportation Safety Board said it was swayed by evidence from several accidents since 2008 in which oxygen and ventilation equipment tore loose and likely caused head injuries.

The board said in a letter released Friday that the government should require changes in the design and testing of how the “passenger service units” are mounted under overhead bins.

Boeing spokeswoman Julie O’Donnell said, “We are aware of the recommendations that the U.S. National Transportation Safety Board made today to the Federal Aviation Administration, and we will work with NTSB, FAA and (airlines) as needed to ensure safety continues at the highest levels.”

FAA spokeswoman Laura Brown said the agency had just received the safety board’s recommendations and had no immediate comment. She said FAA would respond within 90 days.

The Boeing 737 is a workhorse of the U.S. commercial airliner fleet and is widely used on short and medium-haul flights. Chicago-based Boeing Co. has delivered more than 6,700 of them, including more than 3,600 of the next-generation models that debuted in 1997.

The safety board also recommended redesigning cockpit seat-belt systems in the Boeing 737 including replacing some attachment brackets with stronger ones. The board said FAA should develop ways to measure the holding power of so-called negative-g strap assemblies during survivable crashes.

The safety board lacks authority to write regulations. Instead, it makes recommendations for the FAA and other agencies to consider. The FAA isn’t required to follow the board’s advice, and when it does, it can take years.