For years, Craig McCann played a prominent role as a top expert witness, his testimony helping to win millions of dollars for investors who sued financial companies. 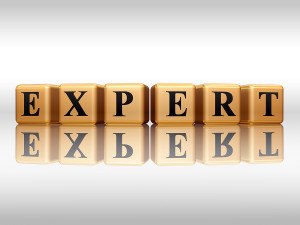 As those victories piled up, brokerages went to war on his credentials, and more recently, his credibility. The effort provides a window into how critical expert witnesses have been to investor cases, and how intent brokerage firms are on weakening their influence.

“Most of these securities firms don’t like Craig because his testimony hurts them,” said a securities arbitration lawyer who spoke on the condition of anonymity. “They don’t want someone who can lift the tent to show people what’s underneath it. He’s Public Enemy No. One,” the person said.

McCann, a former U.S. Securities and Exchange Commission economist, is accustomed to financial companies challenging his qualifications during arbitration cases. But their efforts have become unrelenting since last October, with a number of brokerages trying to prevent him from testifying at all.

The shift to all-out war against McCann came after a federal judge issued a controversial ruling that McCann gave fraudulent testimony in a case against brokerage Morgan Keegan & Co Inc. The fact that McCann disclosed the discrepancy ahead of time and that the new testimony would have done nothing to change the outcome of the case has not stopped lawyers from using the ruling to attack McCann’s integrity.

Lawyers for investors often hire McCann, an economist with a doctorate from the University of California at Los Angeles, to testify as an expert witness about the value and risks of certain securities. McCann has testified against Wall Street about everything from the risks of equity indexed annuities to valuations of complex securities.

Securities industry lawyers have been particularly stymied by McCann, whose deep knowledge of the valuation and risks of securities has often been insurmountable.

Opposing lawyers often try to challenge an expert’s qualifications. And until recently, securities industry lawyers had little to stand on when it came to attacking McCann’s credentials or his credibility. But that changed in late September when a federal judge deemed McCann’s testimony from a 2010 arbitration involving Memphis-based brokerage Morgan Keegan & Co to be “fraudulent.”

The finding was based on a discrepancy in figures that he gave in two separate arbitration cases against the brokerage involving a group of money-losing bond funds that became the subject of state and federal regulatory actions. Morgan Keegan settled with the SEC for $200 million.

McCann, who heads Fairfax, Virginia-based Securities Litigation & Consulting Group Inc, does not deny revising his figures. But the discrepancy, which he says was “minor,” would have done no good for Morgan Keegan.

McCann’s revision came after he discovered Morgan Keegan priced more securities on its own than he had initially thought, instead of through an independent company. The change to his calculations would have bolstered arguments about the brokerage’s liability to those investors, who relied solely on Morgan Keegan’s word about the risks and value of the securities in question.

McCann said he informed Morgan Keegan of the revision during a different case prior to the hearing that led to that award. “This is not true,” said Morgan Keegan spokesman Eric Bran in an email. Bran acknowledged that while McCann mentioned the miscalculation, he “did not go into any more detail.”

Morgan Keegan did not disclose the discussion to Judge Hughes, which could have prevented the fraudulent testimony ruling, McCann said. The company denied the allegation. Morgan Keegan, which is being purchased by Raymond James Financial Inc , also denied it is out to harm McCann’s reputation.

The fallout from the September 30 ruling was swift. The next business day McCann, who was testifying for the plaintiffs in a class action suit against a unit of insurance company Allianz SE , had to tell their lawyer about the ruling. Allianz lawyers used the opinion to challenge his integrity, he said. The effort was unsuccessful.

The personal toll was also immediate. Revenue at his business dropped by half as word traveled about the opinion.

“I thought (it) was the worst day of my professional life. But I had many more that were equally as bad in October and November,” McCann told Reuters. He had to lay off three employees and leave vacant four other positions, turning his usual 22-person firm into a company of 15 people. Some laid-off employees had young children, a fact that torments him , he said.

The 51-year-old father of four launched his company in 2000 and built it upon a reputation of being “scrupulously honest,” he said. “I certainly have not been in a position to have given an attorney on the other side any plausible reason to question my honesty or integrity,” he said.

That fact is not lost on arbitration panels or judges handling investor cases against brokerages. Despite the onslaught of efforts to discredit McCann since the federal finding, McCann has begun to see subtle victories.

Most recent among them: a Financial Industry Regulatory Authority arbitration panel denied a request by Bank of America’s Merrill Lynch unit to disqualify McCann after the brokerage’s lawyers raised concerns about the federal judge’s opinion.

The FINRA panel, in an unusual move, even mentioned its denial, and McCann’s name, in a written ruling. FINRA arbitration awards typically do not include reasons for a decision and statements about rulings on testimony are extremely rare, say lawyers. A Merrill spokesman declined to comment.

McCann’s testimony, in a face-off against a Harvard Law School professor, led to a loss for Merrill, which was required to fully reimburse the investor $1.4 million.

While rules prevent statements in arbitration awards from influencing other arbitration panels, this one may at least prompt some lawyers to question the value of the federal court opinion in their ongoing efforts to discredit McCann.

The Merrill case is one of six since October in which lawyers fiercely, but unsuccessfully, tried to undermine McCann’s integrity, he said. The only other case among them that has concluded also ended with a win for the investor.

Despite these victories, the federal judge’s ruling that deems his testimony fraudulent is still on record for all to see – and distort. McCann’s lawyers continue to slog through federal court in pursuit of a new decision that would undo the findings made by Judge Hughes.

So far, it has been difficult because the ruling was made in a case in which McCann was merely a witness. McCann’s initial attempt at an emergency appeal was denied because he was not officially a party to the case between Morgan Keegan and the investors. He is awaiting another ruling from a district court that, if granted, would allow him to challenge the opinion.

McCann, in the meantime, is hanging on to the few bright moments in otherwise dark time. “While we’ve been seriously harmed by what’s happened, there’s no doubt we’ll succeed and prosper in the long run.”