The Consumer Federation of America, a Washington, D.C.-based group whose insurance division is directed by consumer advocate J. Robert Hunter, recently published a guide with “insiders’ advice” on filing a successful auto insurance claim, collecting a fair settlement, and dealing with adjusters. 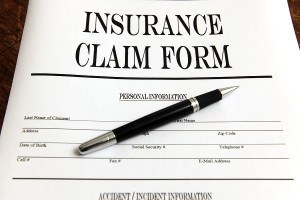 The guide says many people are intimidated when they file an auto insurance claim, because they have never done it before or are worried about getting less than they deserve for personal injuries or damages to their car.

“You should report the loss to the insurer as soon as possible. Your insurer cannot begin the claims’ payment process until you do so,” the guide says. It adds, “It is your choice — not the insurer’s — as to where your vehicle is repaired.”

And when trying to get the insurer to address the insured’s concern, “aim higher up the company’s ‘food chain’ than the adjuster’s supervisor if you want to get your problem resolved.”

It also advises the insured to “file a complaint with your state insurance department.” It says that “While the department may not help resolve your complaint, they will pass it on to the insurer. Most companies treat these complaints seriously.”

The full report, “Guide to Navigating the Auto Claims’ Maze,” can be found at Consumer Federation of America’s website.