Responding to the still-unfolding disaster of a capsized Italian cruise ship, a U.S. congressional committee launched an investigation on Wednesday of industry safety practices and planned a hearing next month.

The House Transportation Committee’s Coast Guard subcommittee will review operating standards and crew training as well as events related to the incident five days ago off the Tuscan island of Giglio where the liner Costa Concordia struck a reef and turned on its side.

Costa Cruises, which operated the Costa Concordia, is a unit of U.S.-based Carnival Corp.

“Although it is early in the investigatory process, it appears the Costa Concordia was a preventable tragedy,” Rep Frank LoBiondo, the subcommittee chairman, said in a statement.

“The committee and subcommittee will use this hearing to review current U.S. laws and regulations in an effort to ensure a similar tragedy does not occur aboard vessels calling on American ports,” he said. 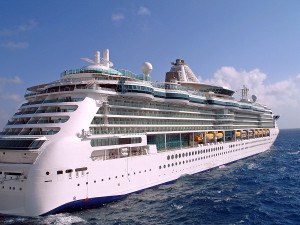 Cruise lines operate from LoBiondo’s homestate of New Jersey and many are based in Florida, the state of Transportation Committee Chairman John Mica. Both are Republicans.

No date for the panel’s hearing was immediately set but Mica said it would he held in February.

“We must ensure that vessel safety and operating standards and crew training requirements are adequate and adequately enforced and that millions of Americans who board these ships are kept safe,” Mica said.

Congress has over the years resisted efforts to more closely regulate cruise line industry operations, and it is unclear whether business-friendly Republicans, especially in the House of Representatives , would vote to impose new rules.

A U.S. law that took effect in 2010 beefed up reporting requirements and security to combat assaults and other crimes aboard passenger ships.

The sponsor of that legislation, Democratic Rep. Doris Matsui, said the Concordia grounding illustrates the “critical need for greater regulation.”

The Coast Guard has said that cruise lines are technically advanced and operate safely in U.S. waters. Ships undergo inspections every six months.

Most cruise line safety incidents industrywide are anecdotal and many involve vessels striking piers, harbor markers or debris, a review of safety data and other information shows. More serious incidents have included shipboard fires or collisions with smaller boats or barges.

Carnival was the subject of a Coast Guard safety alert in 2010 for automatic extinguishers that failed to work as designed during an engine room fire on the Splendor off Mexico that year.

Some of the biggest and most recognized cruise lines, including Carnival, Royal Caribbean International, Princess, and Cunard are based in the United States or call on U.S. ports.