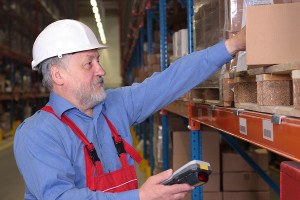 The aging workforce may not have the negative impact on loss costs that workers’ compensation insurers have feared.

New research from the industry’s National Council on Compensation Insurance (NCCI) also concludes that while loss costs are higher for older workers due to the severity of their claims, these costs tend to be accounted for in higher premiums, which are based on the higher wages earned by older workers.

The new study, “Workers Compensation and the Aging Workforce,” found that workers’ compensation claims frequency has fallen across all age groups and differences by age have narrowed. In fact, the long-held assumption that younger workers have high injury rates is no longer true.

The report, authored by Tanya Restrepo and Harry Shuford, addresses the concern about the “potential adverse impact” on workers’ compensation as the average age of the workforce goes up in part due to baby boomers postponing their retirement. It looks at claims frequency and claims severity across age groups and then at the combined effects of these trends on loss costs per worker.

Key findings of the report include:

•The long-standing tenet that younger workers have much higher injury rates is no longer true. Therefore, differences in loss costs by age in recent years primarily reflect differences in severities since differences in frequency by age have virtually disappeared.

•Differences in leading types of injuries are a major factor in differences in severity by age. Older workers tend to have more rotator cuff and knee injuries while younger workers have more back and ankle sprains.

•On the indemnity side, higher wages are a key factor leading to higher costs for older workers. For medical, more treatments per claim are a material factor.

“Overall, the findings can be viewed as reassuring, in that an aging workforce may have less negative impact on loss costs than originally thought,” say the authors Restrepo and Shuford.

Claims severity is much higher—about 50 percent– for older workers, in part due to differences in jobs and higher wages of older worker. But, according to the report, “older” is not really all that old; it seems to start with age 35, with all groups of workers aged 35 to 64 having similar costs per worker. Workers 20 to 24 have “markedly lower” severities and loss costs while workers 25 to 34 tend to fall in the middle.

In terms of frequency, the study found that frequency has fallen across all age groups and differences in frequency by age have narrowed. The marked differences observed among age groups in the early 1990s had largely disappeared by 2009.

The report addresses whether the narrowing is due to a change in the types of jobs held by younger workers, concluding that changes in occupational mix have not had a material impact. “Occupational mix may have changed, but all occupations are much safer,” say the authors.

Why is severity higher for older workers? Higher wages is one reason, this report finds. (Previous research by NCCI indicated that while the average weekly wage tends to increase with the age of the worker, it reaches a maximum when employees hit their early 50s and then declines gradually from ages 60–64. It then plummets, by as much as 30 percent, for workers aged 65 and older.)

Also, Restrpo and Shuford found that the types of injuries also explains the higher severity. Older workers are more likely to experience rotator cuff, knee injuries and lower back nerve pain that have above average severity while younger workers tend to incur sprains and lower back pain that have below average severity for both indemnity and medical.

Overall, workplaces keep getting safer, and that’s true for all occupations, according to the report.