Victor O. Schinnerer has created a new errors and omissions product for artisan contractors that includes coverage for faulty workmanship.

“We want to offer our artisan contractor policyholders an insurance solution that speaks to their unique exposures. Many artisan contractors don’t have a design liability exposure. Their biggest exposure is typically faulty workmanship claims, which our new E&O policy covers,” said Emerson Browne, vice president and manager of the contractor program at Schinnerer.

The managing general underwriter believes this is the first national program of its type. The policies will be written on CNA’s Columbia Casualty Co. paper. It is available through independent agents and brokers.

It is the coverage for faulty workmanship that Schinnerer believes will help set this product apart from other national policies. 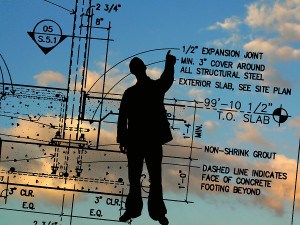 “For claims that come into contractors, it’s difficult to determine if they fall under design or workmanship,” said Cady Sinks, an assistant vice president at Schinnerer.

For example, Sinks said that if an electrical engineer comes up with a design and the design is implemented and then fails, it can be hard to break down whether the problem was with the design or with the construction involved. Sometimes these two are tied so closely together that it’s impossible to make this determination.

For this reason, a professional liability product covering both design and faulty workmanship makes a tremendous amount of sense. Sinks said it is something that contractors have requested. However, despite this need, coverage has been available only regionally up to this point.

The Chevy Chase, Md.-based MGU generally writes small to medium-size contractors, but also has some large contractors. The company does not cover mega contractors.

The minimum premium on the new form without pollution is $3,200. With pollution, this increases to $4,200.

Schinnerer will offer limits up to $5 million/$5 million. Self-insured retentions will start at $5,000.

While the new policy is available nationwide, Shinnerer does have some areas of the country that generate more interest in coverage for contractors than others. Sinks said that California is a large market for the company, as well as states like Georgia and Ohio.