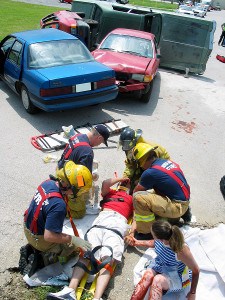 Although injury claim severity (the average cost of injury claims) has been increasing steadily in the last several years, much of the increase has been offset by declining claim frequency, which produced relatively stable injury claim costs per insured vehicle.

However, recent data indicate that claim frequency, on a countrywide basis, is no longer decreasing.

In the case of personal injury protection (PIP) claims, the effect of rising claim severity has been magnified by a simultaneous increase in claim frequency. PIP claim costs per insured vehicle countrywide increased more than 18 percent from 2008 to 2010.

For bodily injury (BI) liability claims, the effect of rising claim severity has been mitigated somewhat by stabilization, rather than an increase, in claim frequency. However, 2010 marks the first year since 1994 that BI claim frequency did not decline.

Much of the deterioration in PIP trends has been concentrated in three of the largest states with no-fault approaches to compensating auto injuries—Florida, Michigan, and New York.

In Florida, the average PIP claim cost per insured vehicle in the state jumped 62 percent in just two years (2008-2010). PIP costs per vehicle in Michigan have been increasing rapidly for several years now—rising more than 120 percent over the last decade. The New York system has been on a roller coaster of rising and falling costs driven by a surge in suspected claim abuse in the New York City area.

“These are not encouraging findings for insurers or drivers,” said Elizabeth Sprinkel, senior vice president of The Institutes. “While we hope these findings represent temporary conditions, we can’t be sure that is the case and can’t afford to ignore the factors driving rising claim costs.”