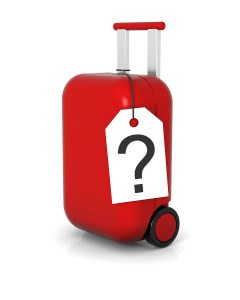 With so many people flying over the holidays, there’s a good chance some of these travelers will end up at their final destination without their luggage. Nearly four of every 1,000 passengers filed a complaint about mishandled bags in 2010 – about 2 million reports in all.

But did you know that when your luggage is lost by an airline, federal regulations allow you to collect up to $3,300 in compensation for what’s missing? Airlines don’t exactly advertise that prominently. And now Delta Airlines is in hot water for how it communicates with its passengers about missing bags – facing a lawsuit for allegedly suggesting that consumers are only entitled to a tiny fraction of what’s permitted by law.

“Delta uniformly ignores its contractual obligations to reimburse passengers for expenses while their bags are delayed,” says the lawsuit filed earlier this month in U.S. District Court in Miami. “Such tactics allow Delta to pocket millions and millions it would have had to pay out if it had abided by its contracts with passengers.” The lawsuit seeks class action status.

Lost bags are no minor issue. About 130,000 bags were “mishandled” by domestic airlines in October alone – just under 3 out of every 1,000 transported, according to the most recent U.S. Department of Transportation data. Delta reported mishandling about 16,000 bags that month and a total of about 328,000 for all of 2010.

Delta is not new to controversy over what the airline tells its passengers about missing or delayed bags, nor is it the only airline to have been taken to task over the issue. Spirit Airlines was fined by the DOT in 2009 for restricting which passengers were eligible for compensation and for delaying paying them for as long as 14 months.

American Airlines was sued last year by a passenger whose bags were lost and who sought the return of the airline’s baggage fees for herself and anyone else whose bags were delayed or lost. She said she had to spend $300 to replace clothing and toiletries she needed while her luggage was missing, and that the airline refused to compensate her. At a minimum, she argued, she should get back the $25 baggage fee. American succeeded in fighting most of the allegations, with the only remaining part of the lawsuit being the accusation that the now-bankrupt airline has been unjustly enriching itself on the baggage fees.

Delta was penalized $100,000 last year by the DOT for handing out a pamphlet that told passengers the airline was limited to $25 a day in liability, up to $125 total. The airline’s website no longer has such clear-cut limits. Instead, Delta refers to what it considers “reasonable.”

“Reasonable expenses generally are $50 for the first 24 hours and $25 per day for the next four days the bag is delayed,” the airline says. That’s followed by this disclaimer: “The guidelines for reasonable expenses are NOT daily limits or a cap and additional expenses may be incurred and should be handled on an individual basis up to the limit of liability.” There is no mention of the only limit being $3,300. Other major U.S. carriers don’t reference a specific dollar amount in their policy statements.

The lawsuit was filed by California consumer attorney John Mattes, Florida attorney David Tucker and two other law firms. They maintain that Delta continues to mislead passengers about what they’re entitled to.

“Even if consumers learn of their right to reimbursement they are consistently told by Delta employees that there is a cap on what they can receive for daily expenses, if they are told anything at all,” the lawsuit says. “Passengers often are told of $25 to $50 daily limitations. Such statements are deliberate misstatements.”

The example cited in the lawsuit was the experience of Sue Miller, a Florida businesswoman who flew to Las Vegas and arrived on a chilly day with her luggage nowhere to be found. So she says she spent hundreds of dollars on toiletries, medication and other items she needed that day that were in her bag, in addition to items for a trade show she was there to attend. “They denied responsibility and said that they were not required by law to reimburse us,” Miller says. “We then filed a claim immediately with Delta. They denied it.”

Bill Mosley, a spokesman for the U.S. Department of Transportation, said airlines are responsible for reasonable expenses of passengers due to mishandled bags. From a practical standpoint, though, Mosley says it is between the consumer and the airline to work out a deal. Different airlines handle the claims process differently and the passenger should have documentation for their loss and the expenses they could claim, he says. But one thing is clear, Mosley says: “They cannot set any limitations other than the $3,300 per passenger.”

(The author is a Reuters contributor. The opinions expressed are his own. Editing by Lauren Young, Beth Gladstone, Martin Howell)