Lawmakers responded to pleas from industry and foreign governments on Friday with a tentative agreement to block the Obama administration from requiring that air shipments of lithium batteries be treated as hazardous cargo because of the danger of fires during flight. 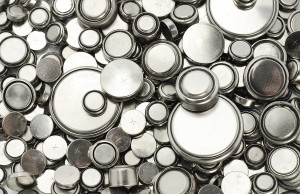 The deal came in talks on a long-term funding bill for the Federal Aviation Administration, Democratic Rep. Nick Rahall told The Associated Press. The bill effectively will block new battery-shipment rules by insisting the U.S. follow international standards, which are less stringent, said Rahall, top Democrat on the House of Representatives committee on Transportation and Infrastructure.

Pilot unions said the international standards do not provide enough safety and are weaker than rules the administration proposed nearly two years ago but never made final. The unions and the National Transportation Safety Board have sought for several years new rules on air shipments of the batteries to prevent fires that could cause air crashes and deaths.

A fire broke out five years ago in cargo containing lithium batteries and other goods on a United Parcel Service plane, forcing an emergency landing in Philadelphia, Pennsylvania. No one was killed, but one of the pilots said he was able to escape with seconds to spare. The cause of the fire was not conclusively determined, but batteries were suspected.

Last year, another UPS plane with a fire raging on board, and carrying thousands of lithium batteries, crashed near Dubai in the United Arab Emirates, killing both pilots. The accident is still under investigation, but preliminary reports indicate investigators have focused much of their attention on the batteries.

The U.S. should not “adopt an existing international standard on lithium batteries that’s generally recognized as inadequate,” Robert Travis, president of Independent Pilots Association, which represents UPS pilots, said in a statement.

The FAA bill “is an opportunity for the U.S. to lead by setting a higher standard on the carriage of lithium batteries,” Travis said.

The use of rechargeable lithium-ion and non-rechargeable lithium-metal batteries has soared since the late 1990s. Millions of products from laptops to cell phones to watches contain the batteries. And, in an age of increasing globalization of trade, those products often are shipped by air to and from the United States and other countries.