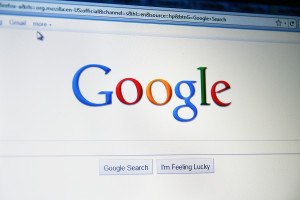 Google Inc warned U.S. lawmakers on Wednesday that proposed legislation to crack down on foreign websites selling pirated U.S. movies, music or other counterfeit goods goes too far and could depress investment.

The legislation has pit Internet giants, consumer groups and first amendment advocates against the U.S. copyright industries, including Hollywood studios and record labels, who have long argued for tougher protection.

A U.S. House of Representatives bill would allow a private party to go straight to a website’s advertising and payment providers and request they sever ties.

“A corporation, a copyright ‘troll,’ or anyone with an axe to grind could send a notice… without first involving law enforcement or triggering any judicial process,” Google policy counsel Katherine Oyama told a House Judiciary Committee hearing.

She urged lawmakers to instead work on legislation that cuts off revenue to rogue sites via the courts and avoids the “collateral damage” built into the current form of the bill.

Google was the only witness against the bill on a six-person panel at the hearing.

Proponents of the legislation say current law leaves few options for copyright holders whose products end up on foreign websites.

“It’s a choice between protecting American creativity and jobs or protecting thieves,” Michael O’Leary, in charge of global policy and external affairs for the Motion Picture Association of America, told the hearing.

The U.S. Justice Department, under the bill, could also request court orders to compel U.S. search engines and other sites to block domain names or search results.

But Google told lawmakers that too many innocent websites could fall victim to the legislation without due process.

Investors and venture capitalists in a study issued Wednesday by consulting firm Booz and Co. overwhelmingly said they would not invest in Internet start-ups if new laws allowed websites to be sued or fined for pirated digital content posted by users.

Google’s Oyama said the current language of the Stop Online Piracy Act unintentionally sweeps in a considerable number of lawful websites with its broad definition of a site that is dedicated to stealing U.S. property.

“As long as there is money to be made pushing pirated and counterfeit products, tech-savvy criminals around the world will find ways to sell these products online,” she said.

“Ordering ISPs and search engines to ‘disappear’ websites will not change this fundamental reality,” Oyama said.

A copyright bill cleared the Senate Judiciary Committee in September, but without the notice procedure that allows parties to contact payment providers and advertising services of infringing websites.