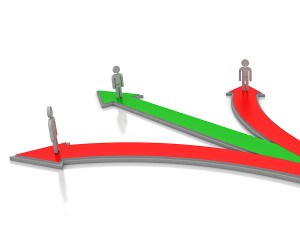 Investigating and defending catastrophic injury claims involves careful navigation of the tripartite relationship that exists among the policyholder, the claimant, and legal counsel hired by the insurer to defend the insured.

When evaluating catastrophic injury claims, adjusters need to keep ethical obligations in mind along with the effects a tripartite relationship may have on claims management and litigation strategies, according to presenters at the PLRB Large Loss conference in Chicago.

Jeff Vanderpool, chief claims officer for Sunshine Insurance Co., and Anna Torres, a third party insurance defense attorney with Powers, McNalis, Torres & Teebagy, located in West Palm Beach, Fla. said there is a risk to overlooking the potential conflicts of interest that can arise from the tripartite relationship.

While an insured may cite a conflict of interest in order to avoid using an insurer retained defense attorney, proving that a conflict actually exists may be difficult.

“Most states look for an actual conflict with the interests of the insured,” Torres said.

This issue occurs more frequently with insurers that use in-house panel counsel. “The court looks at whether that panel counsel could potentially work the facts in such a way to the advantage of the carrier,” Torres said.

Both presenters recommended that coverage and reservation of rights (ROR) letters be appropriately timed. The initial letter should not be issued after an investigation has begun.

If there is a coverage dispute, Vanderpool and Torres recommended involving coverage counsel in order to determine if a declaratory judgment needs to be filed to allow a court to decide whether exclusions or exceptions cited by the carrier apply. In this situation, an insurer has a choice of venue: federal versus state court. Torres said the outcome in federal court is usually better; however, the decision can take some time. In Florida, for example, a decision on a declaratory judgment can take anywhere between 12 to 24 months before it is rendered.

Some things to consider when there is a dispute involving coverage include determining whether separate files need to be set up with separate in-house or independent adjusters assigned, as well as whether the defense and coverage files should be handled in separate locations.

Another area of contention within the tripartite relationship may occur as a result of bad faith “set-ups” involving a pre-suit policy limits demand. The demand usually includes a section describing the insurer’s obligations, including the duty to defend and indemnify, Torres said.

Should an adjuster receive a Stowers demand (a demand containing a time limit in which to respond), he or she should ask for an extension, offer the plaintiff or claimant an explanation of the additional information that is needed and provide updates as the required information is received, the presenters said.

Finally, because claim adjusting is a regulated profession with applicable codes and standards in each state, both Vanderpool and Torres recommended adjusters familiarize themselves with the standards and codes in each of the states in which they handle claims.