Automakers, including Hyundai Motor Co and Subaru recalled more than 800,000 cars and trucks last week for defects including faulty airbags, according to federal regulators.

Separately, the National Highway Traffic Safety Administration opened a preliminary defect investigation into 205,661 Ford Motor Co minivans for the model years 2004 to 2005 following complaints that the service jack provided by Ford could collapse when in use and cause the vehicle to drop.

One of those reports said a person died after the Ford jack collapsed while he was working beneath the vehicle, according to a notice posted on NHTSA’s website.

The agency said it is investigating the issue to determine if a safety defect exists.

Last week, Hyundai recalled more than 205,000 Veracruz and Sante Fe crossovers for model years 2007 and 2008 due to a defect in a part of the driver’s side airbag called the clock spring. The spring develops a high resistance over time and may not deploy in a crash, increasing the risk of injuries.

Subaru issued three separate recalls last week, including more than 295,000 vehicles for the model years 2002 to 2007 because a component in the front control arms can break if exposed to salty or humid environments.

The Japanese automaker also recalled more than 195,000 Outback and Legacy vehicles for model year 2010-2011 because components in the wiper motor could overheat and catch fire.

Subaru also recalled nearly 70,000 Outback and Legacy cars for the model year 2011 because the moonroof glass could come loose and detach.

Kia recalled more than 10,000 2007-2008 Sorento passenger cars because of a computer glitch that could turn off the front passenger airbag when an adult is in the passenger seat. 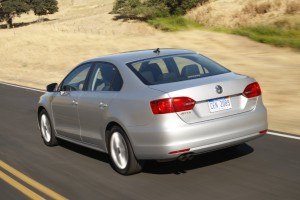 VW recalled more than 30,000 Jetta sedans for the model year 2011-2012 because some vehicles had a too-long stainless steel exhaust tip that could burn a person’s leg.

(Reporting by Deepa Seetharaman in Detroit; editing by John Wallace)