Big U.S. airlines told the Obama administration Thursday complying with a regulation in the works to combat pilot fatigue would cost $2 billion a year and over time cut 27,000 jobs directly tied to the industry. 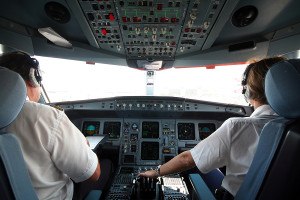 The carriers’ top trade group, the Air Transport Association, said in a letter to the White House budget office the cost of the fatigue rule also would result in the loss of thousands of airport, manufacturing and other jobs related to the airline industry.

Airlines would not be able to raise prices sufficiently to meet the costs of complying, forcing carriers to cut capacity and eliminate jobs, ATA said.

Service to small communities, which is very important to members of Congress, could be especially vulnerable, the association said.

The industry estimates over 10 years were provided by Oliver Wyman consultants, which analyzed the economic assumptions used by the FAA.

“These job losses are staggering, particularly at a time when unemployment persists above 9 percent and job creation is at the top of the agenda for the president and Congress,” said Nicholas Calio, ATA president and chief executive.

Republicans in the Houseof Representatives pushed through a bill Thursday that would curb the enforcement powers of the National Labor Relations Board (NLRB). The legislation, which has broad support from business, was triggered by the board’s anti-labor suit against Boeing Co.

ATA also called on the Federal Aviation Administration (FAA) to revise the pilot fatigue regulation, saying the current proposal is not based on science and operational experience and does not demonstrate safety benefits.

The FAA plan, proposed in 2010, would increases rest requirements and set varying limits for how long pilots can fly on a daily, weekly or monthly basis. Congress ordered the agency to draft rules by August and the changes are in the final stages of review.

The rule was triggered by a 2009 crash of a Colgan Air commuter plane near Buffalo that killed 49 people. Investigators raised pilot fatigue as an issue, but it was not cited as causing the accident.