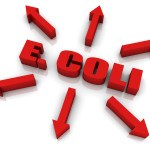 For years government officials have tested meat for only one strain of E. coli. Now they will test for seven, a move that will hasten recalls of infected meat.

The meat industry has been required for 17 years to test for the common O157:H7 strain of the pathogen. But other strains of E. coli have increasingly been found in food in recent years, and the federal Centers for Disease Control says other strains cause an estimated 110,000 illnesses annually.

Food safety advocates and meat industry representatives briefed on the decision say the meat companies will begin testing for six additional strains of E. coli in beef trimmings – parts of the cow that end up in ground beef – in March and may later expand to ground beef and other meats. The USDA would not comment but is expected to announce the new tests Tuesday.

The meat industry immediately opposed the move, saying it is too expensive to do the tests and there isn’t enough benefit.

“USDA will spend millions of dollars testing for these strains instead of using those limited resources toward preventive strategies that are far more effective in ensuring food safety,” said James H. Hodges, executive vice president of the American Meat Institute. A spokeswoman said Hodges had been briefed on the plan.

Food safety lawyer and advocate Bill Marler petitioned USDA to ban the six additional strains two years ago. He said he has seen many clients sickened by the less common strains of E. coli.

“There is no daylight between how a person with E. coli 0157:H7 and a person with the other strains gets sick,” said Marler, who was briefed on the announcement. “People get kidney failure, people die, people have long-term complications. The number the bug has isn’t really relevant.”

E. coli is very common. Hundreds of strains, most harmless, live in the intestines of humans, cows and numerous other animals. But some produce toxins that can cause diarrhea, sometimes severe enough to kill.

The E. coli O157:H7 strain was classified by USDA in 1994 as an “adulterant” – meaning more testing and swifter recalls if it is found – after an outbreak of that strain the year before at Jack in the Box fast-food restaurants that killed four children. But the other strains have increasingly been found in food, including in lettuce and ground beef last year.

Advocates have been pushing the Obama administration for years to classify the additional six strains as adulterants, and it was delayed for several months as the White House reviewed it. The government came under renewed pressure after a European outbreak of a new non-0157 strain of E. coli that killed dozens. However, that new strain is not one of the six that the government will test for in the United States.

Part of the reason it has taken years to test for the pathogens is the time it has taken to develop the tests. Now that the meat will be tested, advocates expect that many more illnesses will be found.

“We are gratified that the Obama administration finally put public health ahead of industry interests by giving the USDA the authority to take action against these other pathogens,” said Wenonah Hauter, director of the advocacy group Food & Water Watch.

The USDA oversees meat safety, while the FDA oversees the safety of most other foods. The FDA does not distinguish between different forms of E. coli when investigating outbreaks.