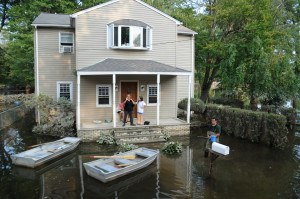 RMS’s estimate falls roughly between those of its two main competitors, AIR Worldwide and Eqecat. AIR has estimated losses at $3.5 billion to $7.1 billion, while Eqecat’s estimate is $1.8 billion to $3.4 billion.

At the highest end of those ranges, Irene would rank as one of the 10 costliest disasters in U.S. history as measured by insured losses.

Losses appear to have been limited by the nature of the damage Irene caused. In most places in the United States, the majority of the damage was flood-related. Such losses are covered by the National Flood Insurance Program, which writes nearly all of the homeowner flood insurance in the country.