Minnesota-based Cargill Inc. recalled more ground turkey products Sunday because a test showed salmonella in a sample from an Arkansas plant less than a month after production resumed following an earlier recall and shutdown. 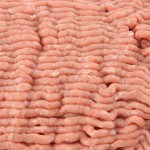 Federal health officials linked the outbreak to ground turkey from Cargill’s plant in Springdale, Ark., and the company shutdown the plant when it announced the Aug. 3 recall. But Cargill spokesman Mike Martin said two weeks later that limited production had resumed after the U.S. Department of Agriculture approved additional anti-bacterial safety measures.

In all, the latest recall covers about 185,000 pounds of ground turkey products, including trays of ground meat, patties and chubs, the USDA said. The products were distributed nationwide under the Honeysuckle White, Kroger and Fresh HEB brands.

The Centers for Disease Control and Prevention estimates 50 million Americans each year get sick from food poisoning, including about 3,000 who die. Salmonella causes most of these cases, and federal health officials say they’ve made virtually no progress against it.

Government officials say even contaminated ground turkey is safe to eat if it is cooked to 165 degrees. But it’s also important that raw meat be handled properly before it is cooked and that people wash their hands with soap for at least 20 seconds before and after handling the meat. Turkey and other meats should also be properly refrigerated or frozen and leftovers heated.

The most common symptoms of salmonella are diarrhea, abdominal cramps and fever within eight hours to 72 hours of eating a contaminated product. It can be life-threatening to some with weakened immune systems.