Rimkus Consulting Group, a forensic engineering and accident reconstruction firm, has added Toyota to its list of vehicles compatible with the company’s latest version of crash data recovery technology. 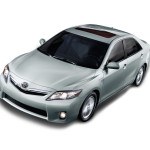 Toyota joins GM, Ford and Chrysler vehicles in allowing Rimkus the ability to recover pre-crash data on 65 percent of all vehicles sold in the U.S.

Often referred to as a “black box,” a vehicle’s Event Data Recorder captures critical pre-collision information up to 5.0 seconds prior to an air bag deployment or non-deployment event. The event data recorder has been shown to be an effective accident reconstruction tool even in incidents lacking much physical evidence.

“With the addition of Toyota, Rimkus can provide critical crash analysis on the majority of vehicles sold in the U.S., and we can even download Toyota vehicles all the way back to 2006 models,” said Dr. Dirk Smith, Senior Vice President of Rimkus’ Forensic Division.