The Obama administration, facing fierce opposition from charter and cargo airlines and a leery Pentagon, has delayed new safety rules aimed at preventing airline pilots from becoming so exhausted that they could make dangerous mistakes. 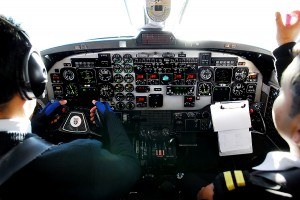 The Federal Aviation Administration was supposed to have final rules in place by Aug. 1 under a law passed by Congress last year in response to a 2009 regional airline crash in western New York that killed 50 people.

The FAA proposed new rules last year designed to deal with long-standing worries that pilot fatigue contributes to errors that cause accidents. They would reshape decades-old regulations governing how many hours a pilot can be on duty or at the controls of a plane, to take into account the latest scientific understanding of how fatigue slows human reflexes and erodes judgment.

Administration officials would not comment on reasons for the delay. A new schedule for issuing final rules indicates the target date, which has been repeatedly pushed back, now is in late November.

Opposition is greatest among cargo and charter carriers. UPS, the world’s 9th largest airline with more than 200 planes and over 2,600 pilots, estimates its compliance costs at as much as $1.8 billion over the next decade.

Charter airlines are demanding to be exempted from the new rules. Charter, also called nonscheduled, airlines not only fly tourists and sports teams, they provide the planes and pilots for thousands of military flights every year. Civilian airlines transport more than 90 percent of U.S. troops and 40 percent of military cargo around the globe under Defense Department contracts. The trips are frequently long, usually at night and often to dangerous places like Afghanistan.

The top U.S. aviation accident investigator blamed the delay in issuing final rules on the influence of airlines that put profit ahead of safety.

“There are special interests who are holding this rule up because it’s not in their financial self-interest,” National Transportation Safety Board Chairman Deborah Hersman told The Associated Press this week. “The American people expect safety to trump special interests, not the other way around.”

Airline industry officials are nearly unanimous in their opposition. The Air Transport Association, which represents large carriers, estimates the proposal will cost airlines nearly $20 billion over 10 years. The FAA pegs the cost far lower: $1.2 billion. And the agency said that would be partially offset by an estimated $660 million in benefits over the same period.

The rule allows airlines to exceed pilot work limits when operating in ‘unsafe areas” but is not clear on what constitutes an unsafe area, the National Air Carrier Association, which represents charter airlines, wrote the FAA. FAA rules apply to civilian pilots working overseas.

The rule “would have severe implications on the nonscheduled carriers’ ability to serve U.S. military and humanitarian efforts worldwide and would ultimately weaken those efforts,” the association said.

For example, under the proposed rules the carrier that currently flies from a US air base in Ramstein, Germany, to Al Udeid, Qatar, a flight that requires pilots to be on duty more than 17 hours, would have to increase its flight crew to four pilots and use a plane with a bunk for pilot rest, which it currently does not have, the association said.

Concerns that charter airlines might not be able to complete military missions are not credible, Hersman said.

“They can still do the missions, they just need to make sure they are properly crewing and complying with the rest requirements,” she said.