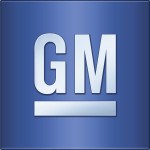 The company said it knew of no injuries or crashes related to the two recalls.

GM is recalling 11,905 2012 Impalas to inspect for proper installation of the power steering hose. The company said the hose, if misrouted, could be damaged and spray fluid onto hot engine parts to create a potential for a fire.

The Detroit-based company said the defect was discovered during production at the Oshawa, Ontario, plant, where the car is built.

GM said dealers will replace the hose and add abrasion protection if the hose is not properly routed.

Of the total Impalas affected by the recall, 10,334 are in the United States and the rest in Canada.

GM also said it is recalling 4,293 2012 LaCrosses to reprogram the electronic brake control module because an incorrect calibration may cause the electronic stability system to improperly detect a sensor malfunction and fail to illuminate a warning light.

The company said if a sensor malfunctions, the driver would have difficulty in maintaining the car’s driving path and speed. GM said dealers will reprogram the module.

Of the total LaCrosses affected by the recall, 4,077 are in the United States and the rest in Canada.

(Reporting by Ben Klayman in Detroit; Editing by Derek Caney)