EDRs provide data on speed at impact, braking patterns, steering, air bag deployment and seat-belt status — not sensitive financial or medical information. According to the National Highway Traffic Safety Administration (NHTSA), between 65 percent and 90 percent of new passenger and light truck models will have EDRs by model year 2004.

Yet despite this promise, state legislators across the country, driven by misplaced consumer concerns about privacy and identity theft, are considering bills that would actually deny consumers the benefit of this data by making recovery of such data no longer cost-effective.

State legislators, who are introducing and passing bills to prevent access to EDR vehicle collision data, have ignored this perception-versus-reality issue. The movement started in California in 2003, when the legislature passed a bill requiring new vehicle manufacturers to disclose the presence of an EDR to the buyer in the owners’ manual. Although this in itself seems benign, California went on to restrict access to EDR data without affirmative consent from the vehicle owner or under several other limited conditions. Insurers are not exempted. 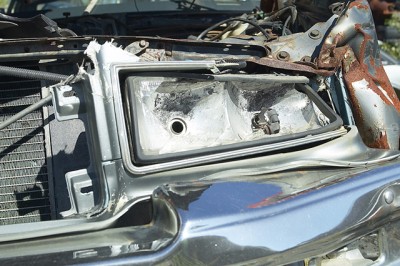 While the insurance industry supports disclosure provisions, it objects to restricting access for legitimate insurer uses, such as claims adjusting and investigation, fraud investigation, loss control and research, as provided by contract and as otherwise required or permitted by federal or state law.

The insurance industry’s first job in this debate is to educate legislators and the general public on what EDRs actually do, and that it has legitimate reasons for access to this data, and that restricting this access will actually harm consumers. For instance, in serious collisions where there are no living witnesses, EDR data takes on increased importance in assisting an insurer to quickly settle the claims of surviving family members.

EDR data is an important element in determining exactly what happens during an accident, and its availability can assist in claims investigations, fraud-fighting efforts, and police investigation. Along with police reports, witness statements, photographs and physical evidence from the accident scene, EDR data helps in the investigation and reconstruction of vehicle accidents. Adjusters often photograph a damaged vehicle at the body shop or measure the skid marks at the accident scene, without costly delays and restrictions.

They also should be able to download generic data from an EDR. Because neither the California law nor the model law developed by the Alliance of Automobile Manufacturers (AAM) provides an exemption for law enforcement, some would argue that insurers should have no greater access than police.

But the difference is that police are investigating potential crimes on behalf of the government and, as such, are subject to the “search and seizure” strictures of state and federal constitutional law. While it may be appropriate to require a court-issued search warrant before law enforcement may download this data as part of a criminal investigation, it would be inappropriate to impose such burdens on private insurance companies involved in performing contractual duties or engaging in civil litigation.

Both the California law and the AAM model also apply to a device that “has the ability to transmit information concerning a crash in which the motor vehicle has been involved to a central communications system when a crash occurs.”

Although most insurers are only using EDR data for claims purposes, some devices transmit information such as mileage, driving location, garaging and hours of operation. Insurers that are considering “pay as you drive” or mileage-based systems would be well advised to review the California law and the model bill, as well as keep a close eye on state legislative developments in 2005 – and make consumer education a priority to counter unnecessarily restrictive bills.