The study, CompScope Benchmarks for Indiana, 18th Edition, provides a look at changes in the Indiana workers’ compensation system following the enactment in 2013 of House Enrolled Act (HEA) 1320. The legislation included the implementation of a hospital fee schedule that took effect on July 1, 2014, as well as increases in indemnity benefits in three yearly increments beginning in 2014.

“Recent stability of cost trends is likely related to provisions in HEA 1320,” said Ramona Tanabe, WCRI executive vice president and counsel. “Since 2013, payments per claim changed little, in contrast to growth averaging 6 percent per year from 2004 to 2013.” 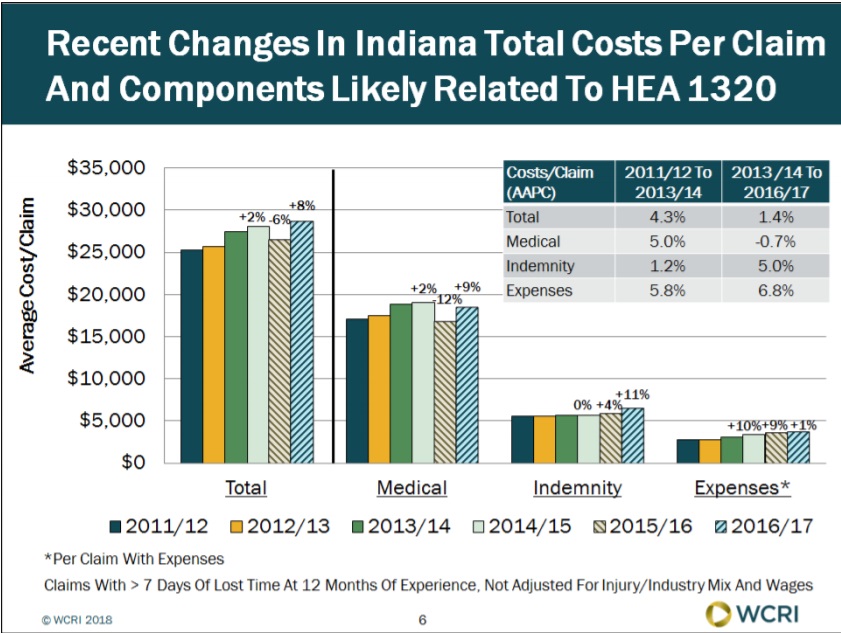 For more information about this study or to purchase a copy, visit https://www.wcrinet.org/reports/compscope-benchmarks-for-indiana-18th-edition.