A Minnesota state agency is telling pilots to disengage from fighting wildfires if they see an unmanned aircraft flying over a fire this season.

Minnesota Public Radio News reports the new restrictions for wildfire-fighting planes and helicopters come from the Minnesota Department of Natural Resources. Bill Schuster, wildfire aviation supervisor for the agency, said the new rules he wrote are an effort to prevent collisions between drones and other aircraft. 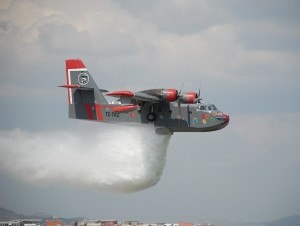 Drones and firefighting helicopters fly around the same height, Schuster said, and it could be disastrous if they collide. The agency recently asked that drones be kept at least five miles from active fire zones.

Schuster said he didn’t think about writing rules regarding what pilots should do around drones until he heard about Andover Fire Chief Jerry Streich recently using one to spot a fire.

“I’m ready to retire in a few years,” Schuster said. “I was kind of hoping the issue would stay away for that long.”

While flying his drone in a friend’s backyard near Elk River, Streich said he saw smoke coming from a grass fire in the distance. He flew the drone over the fire, took video and sent footage to the Elk River fire chief. Helicopters later came and put out the fire.

“Once you get it up there, you see a different world,” Streich said, “and you start to apply that to your job.”

Schuster said risks outweigh benefits of getting a close view of a fire by using a drone-mounted camera.

“My priority has to be the safety of the firefighters,” Schuster said.