Wisconsin drivers will be able to go faster in their cars, and snag free samples of hard liquor on their way home, under a pair of bills passed with bipartisan support in the Legislature on Tuesday.

Both measures are limited in their scope. The speed limit could increase to 70 mph only on some interstates and highways and shoppers would be limited to just one half-ounce sample of liquor per visit.

Walker’s spokeswoman did not immediately return a message seeking comment on whether the governor intends to sign it.

The Assembly passed the speed limit bill 76-22. Fifteen Democrats joined Republicans in voting for the bill, and two Republicans joined 20 Democrats in voting against it. It now goes to the Senate, where it’s expected to pass next month. 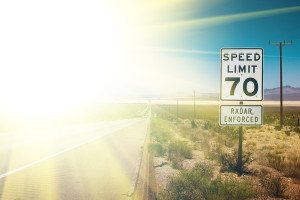 The bill could give the Wisconsin Department of Transportation the authority to increase the speed limit on state expressways and freeways, including interstate highways.

Rep. Dana Wachs, an Eau Claire Democrat, warned that the bill would worsen dangerous conditions on roads where drivers are often distracted.

“I know it will cause death and injuries,” Wachs said.

Spiros said the Department of Transportation should issue a lower speed limit for commercial vehicles such as semitrailers.

The liquor bill would allow for the free samples to be handed out at grocery stores, liquor stores and other retail outlets. Beer and wine samples are already allowed, and supporters say adding hard liquor to the mix will help Wisconsin-based distillers generate business.

No one registered in opposition to the bill, while the state’s restaurant and grocery associations, and groups representing distillers and bars, registered in support.