A Lafayette, Ind., woman who narrowly escaped a pit bull attack last summer says she’s frustrated by a lack of action by city officials to reduce the threat of dog attacks.

Sarah Rawlings has suggested changes to the rules for animal ownership but says there’s been little progress by the city.

“I feel like I’ve just been shoved to the back burner,” she told the Journal & Courier.

Rawlings said she wants dog owners to understand the responsibility they bear for their pets. She’s proposed a steeper fine for owners whose animals injure another animal or a person. She also wants an owner of a “potentially dangerous animal,” such as a pit bull or dogs bred to fight, to carry at least $100,000 of insurance to cover injuries or damage caused by the dog. 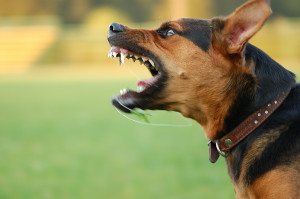 She said she gave her proposal to City Councilwoman Lauren Ahlersmeyer about a year ago but is still waiting to hear whether the council will address her concerns.

“All I hear about is more attacks,” Rawlings said.

At least 24 people in Lafayette were bitten by dogs during the first six months of the year, according to city police records. Of those victims, 14 were children.

Though pit bulls were responsible for more of those attacks than any other individual breed, city leaders are unwilling to ban the breed.

“It’s just kind of a type of dog,” she said. “We see a lot that could potentially be a pit bull mix, but without a DNA test, it’s really difficult to define what they are specifically.”

Lafayette Animal Control Supervisor Josh Klumpe said it’s difficult to classify an animal and argued that breed bans don’t work. Many dog owners hide their banned pets and don’t get them vaccinated, he said, “which can snowball into a big problem.”

Currently, 18 states have passed measures opposing breed-specific bans and six others are considering it.

Klumpe said dog owners should educate themselves about how best to socialize their animals. He also stressed the need to spay and neuter those pets to tame aggression and control population.

“Until you completely abolish dog ownership, period, there’s always going to be that liability of an aggressive animal getting loose,” he said.