The Second District Illinois Appellate Court’s May 2, 2014 opinion in GM Sign, Inc. v. State Farm Fire & Casualty Co., 2014 IL App (2d) 130593 represents a significant development in the high stakes area of Telephone Consumer Protection Act (“TCPA”) coverage litigation. This opinion, which sides with the insurance industry on the scope of the Insurance Services Office (ISO) form of the Distribution of Material in Violation of Statute exclusion, will force the TCPA plaintiff’s bar to develop counter measures in their pursuit of coverage for TCPA violations.

GM Sign filed a class action complaint in August 2010 seeking to recover for receiving unsolicited fax advertisements from Michael Schane. Schane tendered defense to the complaint to State Farm, his business liability insurer. As is typical, GM Sign’s complaint was styled in three counts and alleged that the fax GM Sign received constituted a violation of TCPA, common law conversion and violated the Illinois Consumer Fraud and Protection Act. State Farm denied coverage, citing the Distribution of Material in Violation of Statute exclusion.

GM Sign, aware that State Farm denied coverage, invited Schane to settle the class action by way of a stipulated judgment accompanied by a covenant not to execute and an assignment by Schane of his rights against State Farm to GM Sign. This type of “rollover” settlement is also typical when an insurer has denied coverage for a TCPA lawsuit to an insured without significant assets. The settlement was approved and judgment entered. However, after the settlement agreement was executed, but before the final approval granted, GM Sign filed an amended TCPA class action complaint. The amended complaint was based on the same fax transmission as the original. The only difference was that the common law conversion and Illinois Consumer Fraud Act counts only selectively incorporated allegations from the TCPA count. Any allegations that made express reference to the TCPA were not incorporated into the remaining counts.

GM Sign then filed a declaratory judgment action against State Farm and argued that State Farm was estopped because it breached the duty to defend the amended class action complaint. GM Sign contended that the exclusion did not on its face apply to anything other than the expressly alleged TCPA violation in count I of the amended complaint, and that State Farm breached a duty to defend triggered by the alternative counts. The appellate court disagreed.

The court observed that GM Sign’s focus on the elements of the non-TCPA causes of action pled was misplaced. The court reasoned that, because the exclusion extends to liability “arising directly or indirectly” from acts that also violate the TCPA, the proper construction requires a “but for” analysis. The court observed that since but for the sending of faxes, GM Sign would not have suffered injury, the conduct alleged in the non-TCPA counts arose out of the same conduct that violates the TCPA and as such was within the scope of the exclusion.

The GM Sign opinion is noteworthy for several reasons. First, there are many states where the question of whether a TCPA violation satisfies either the property damage or advertising injury coverage grants in a liability policy has not yet been resolved. Given that the exclusion which expressly extends to TCPA violations was first added to liability policies in 2006 the same or a similar exclusion will typically be included in policies potentially implicated in TCPA claims filed currently or in recent years. If the exclusion precludes coverages for alternative common law or consumer fraud claims arising out of the offending fax, those courts may find it unnecessary to consider the insuring agreement arguments courts have struggled with for the past decade.

Second, the opinion (which is among the first from a state appellate court) may give rise to venue battles. The TCPA plaintiff’s bar may attempt to initiate coverage litigation in jurisdictions where the exclusion has not yet been construed in an effort to urge those courts to depart from the GM Sign analysis.

Third, the opinion will compel the ever adaptive TCPA plaintiff’s bar to craft collateral challenges and modify their TCPA class action complaints in an attempt to plead around the exclusion.

Collateral challenges will likely include claims that the insurer gave the insured insufficient notice of the addition of the exclusion to a given policy and that it should be deemed unenforceable. The life span of this argument is limited—the exclusion was introduced to liability policies industry wide in 2006, eight years ago. The four year statute of limitations for a TCPA claim assures that the earliest implicated policy is one that was either issued with the exclusion or renewed annually several times after the exclusion was first introduced. Attempts to plead around the exclusion should fare no better.

GM Sign was aware that its original complaint fell within the exclusion and amended its complaint—post settlement—to enhance its coverage argument. Many TCPA class action complaints currently being filed allege alternative counts for private nuisance and trespass to chattels—as opposed to conversion and violations of the relevant jurisdiction’s consumer fraud statute. However, the GM Sign opinion makes clear that it is not the legal theory that controls because liability for the alternative claims would not exist but for the unsolicited fax transmission that also violates the TCPA. Anticipated arguments that the GM Sign holding does not apply to these other non-TCPA causes of action should fail for this reason.

Insurers have struggled for years with their contention that general liability policies do not extend to liability under the TCPA or similar statutes. The TCPA plaintiff’s bar has seen moderate success in concentrating the majority of the coverage litigation in those jurisdictions predisposed to finding coverage and where a determination of a wrongful refusal to defend estops the carrier from contesting coverage for the otherwise uncovered TCPA liability. The GM Sign opinion represents a significant crack in the foundation of the TCPA cottage industry and a judicial vindication of the intended scope of the Distributors of Materials in Violation of Statute Exclusion. 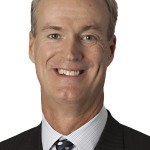 Michael C. Borders is an office managing member of Dykema’s Chicago office and a member of the Firm’s Executive Board. He represents clients in a wide variety of litigation matters including insurance disputes, product liability, personal injury, commercial disputes and class actions. 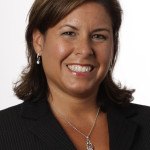 Rosa M. Tumialán, a member of the firm in the Chicago office, is a litigator who complements her practice with extensive judicial experience gained from clerkships in both the Illinois Appellate Court and the Chancery Division of the Circuit Court of Cook County. She focuses her practice on complex commercial disputes, including class action defense and insurance coverage litigation, in both state and federal courts.