A key Senate leader is pushing passage of a measure that would restrict the amount of time judges in the Kansas court system could take before issuing opinions.

Senate Vice President Jeff King said the bill would set a deadline for district courts, the Kansas Court of Appeals and the Kansas Supreme Court to issue an opinion once a case has been heard for argument. The measure has been introduced in the Senate Judiciary Committee, chaired by the Independence Republican.

Legislators have been waiting on the Supreme Court to issue its ruling on a school finance lawsuit that was heard on appeal by the justices in October. No date was mentioned when Chief Justice Lawton Nuss pronounced at the close of the hearing that court would “take the matter under advisement.”

King said he wants those who go before the courts – district or appeals – to have a reasonable expectation that the case will be resolved quickly.

“What we’ve seen in courts across the nation is there is a move to see that justice is carried out in a timely fashion,” King said. “We have seen cases that have taken more than three years to go from argument to ruling, and that’s a concern.” 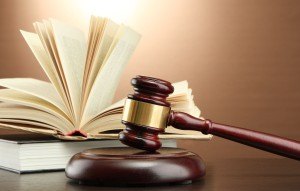 The bill follows a similar model in California with its time limits and procedures for notifying attorneys.

District courts would have 120 days to issue a ruling on motions and nonjury trials. All attorneys in the case would then file a request with the court within 10 days seeking to get a decision without further delay. The judge would then have 30 days to issue a decision or give a written statement regarding when the case would be decided. Failing to receive a decision, the attorneys would then file a request with the chief judge of the judicial district to establish when a ruling would be made.

The Kansas Court of Appeals and the Kansas Supreme Court would have 180 days to rule on matters it has heard. The attorneys in those cases would also have the ability to file requests to determine when a ruling would be made.

“We’re not imposing a hard limit,” King said. “If it’s been six months and the court hasn’t ruled, and there’s a good reason for that, they can explain why they have ruled, give an estimated time and the parties and the public will know when justice is likely to be administered.”

Lisa Taylor, spokeswoman for the judicial branch, said Kansas already has standards in place, by rule and by practice, for timely rulings, established by the authority given to the court in the state constitution.

According to Taylor, the Office of Judicial Administration began emphasizing resolution of civil and criminal cases that had been pending at the district court level. Lists of the cases are compiled and sent to the chief judges of each of the 31 districts for explanation. The process has helped produce timelier decisions, Taylor said. The appellate courts are also conducting similar reviews of their cases in effort to address high-priority matters and develop time standards for reviewing and disposing of the cases.

Rep. Jan Pauls, the ranking Democrat on the House Judiciary Committee, said the bill raised questions about the separation of powers and whether the Legislature would be stepping too far in establishing court rules.

There is no punitive mechanism in the proposal, but King said it would be up to the public to decide what should be the recourse, such as how voters decide in retention elections for judges or pushing legislators to enact more measures to put teeth in the time limits.