She was just another face in the crowd.

But when Luz Maria Amezcua-Valencia applied for a Kansas driver’s license, it was her face, and the Kansas Department of Revenue’s facial recognition software, that did her in. 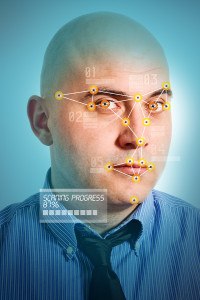 That software sorted through a database of millions of other photographs. It found a similar one previously submitted for a Kansas identification card issued under a different name.

After analysts determined that the photographs showed the same person, investigators dug into the case. The result: a multiple-count federal identity fraud indictment against Amezcua-Valencia, who was arrested Tuesday in Texas.

It was just the latest example of how the Revenue Department’s use of facial recognition technology has helped uncover alleged criminal activity that otherwise might never have been detected.

That success recently led federal prosecutors in Kansas to honor Miguel Arellano-Hernandez, special agent in charge of the department’s office of special investigations, for his work and the work of other agents.

Arellano-Hernandez and other KDOR investigators “have been of invaluable assistance in a variety of identity theft, document fraud and criminal immigration investigations,” said assistant U.S. attorney Brent Anderson, who nominated Arellano-Hernandez for the Guardian of Justice Award. “They are able to identify suspects, evidence and testimony that before their involvement was not readily available.”

The technology works by creating a mathematical model of a face, measuring distances between specific facial features. If it detects a possible match with others in the state database, an investigator takes a closer look.

Few of those involved someone seeking a fake ID for its own sake, such as to show being old enough to buy alcohol. In most cases, people who fraudulently obtain a driver’s license intend to use it to commit other types of criminal fraud, officials said.

In Amezcua-Valencia’s case, for instance, federal prosecutors allege that after obtaining the fraudulent state identification in someone else’s name, she was able to obtain false documents to allow her to work and stay in the country illegally. She also allegedly collected $12,000 in unemployment benefits under the false name, according to the indictment filed in U.S. District Court in Wichita, where she had been living.

Anderson, who is prosecuting the case, said that Amezcua-Valencia, who is not a U.S. citizen, obtained the false identification in 2009. But she was caught in 2012 after she obtained a permit to be in the United States legally and tried to get a driver’s license in her real name.

“Prior to having this tool, I don’t know how we would have ever caught these kinds of crimes,” Arellano-Hernandez said.

The department and its facial recognition system also played a role several years ago in the largest forced labor-trafficking case ever prosecuted in the Kansas City area.

Defendants in that case operated a criminal enterprise that brought hundreds of foreign workers to the United States to work at businesses in more than a dozen states. Workers were lured here through false promises and then forced to continue working through threats and coercion.

The group’s ringleader and several other conspirators were caught by the department’s facial recognition program.

Reynoldson said that the ringleader, who was in the country illegally, enlisted a person with legal status to apply for a driver’s license shortly before he planned to leave the country. After first completing paperwork, the license applicant got in line to have a photograph taken. The fraudster then took his place in line and had his picture taken for the license with the other man’s name and information on it.

Later, after marrying an American citizen to allow him to be in the country legally, he went back to get a license under his real name and was flagged through facial recognition.

“This technology can be extremely useful,” Cordes said. “If you’re going to get a fake ID, you’re up to something.”

Though facial recognition is an important tool, the Revenue Department’s investigators still put in a lot of legwork to run down evidence using old-fashioned detective methods.

Last year, the department investigators’ work led to the conviction of a Kansas woman who for 10 years had taken over another woman’s identity, going as far as to have the victim’s name put on the birth certificates of her children.

Anderson, of the U.S. attorney’s office, said the victim, who lives in Texas, had struggled for years to prove her identity to government and financial institutions.

“No one could help. No one knew who was using her identity,” Anderson said. “It was a total mess for that lady.”

But on her own, the victim discovered that a woman using her name was working in Topeka. She contacted federal prosecutors, and they in turn contacted the Department of Revenue.

Its investigators, along with investigators from federal agencies, tracked down where the woman lived. When she was arrested, she had documents in her possession with the victim’s name on them, Anderson said.

That suspect, Benita Cardona-Gonzalez, pleaded guilty to possession of fraudulently obtained identification documents and was sentenced to 18 months in federal prison. She is scheduled to be deported after serving the sentence.

Arellano-Hernandez said the case represents why he is passionate about going after identity fraud criminals.

“The sad thing is that these are real people’s identities,” he said. “There is a victim.”