The number of railroad crossing deaths in Iowa this year already is higher than what is typical for an entire year, but it’s not clear why 2013 is proving deadlier than normal.

The Des Moines Register reports that Iowa averages 57 crashes at railroad crossings and 4.5 deaths every year. About 21 people are injured each year. 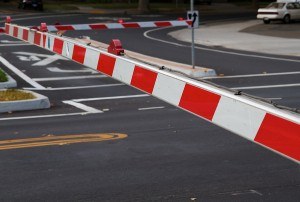 Accident data show that two-thirds of the crashes in Iowa since 1975 were caused by drivers or pedestrians who failed to stop at crossings. And most crashes since 2010 happened at crossings that lack gates or flashing lights.

But the number of crashes has fallen significantly over the past three decades.

About one-quarter of the state’s 4,320 railroad crossings are controlled by gates, and only about 19 percent have flashing lights.

In April, a 25-year-old mother drove around lowered gates at a crossing near Batavia, Iowa, without seeing the oncoming train. The train struck her van and killed two of her three children. The mother and her other child were injured.

Railroads also try to close crossings that are dangerous or ones that have little traffic. BNSF spokeswoman Amy McBeth said her railroad has closed 5,000 of its most dangerous crossings nationwide since 1995.

Railroads also conduct their own education programs and support the Operation Lifesaver nonprofit that promotes safety.

“We believe knowledge is the best prevention,” said McBeth, who is based in Minneapolis. “We target new drivers, adult drivers and professional drivers. This is the best way to reduce incidents and loss of life is by educating people on the potential dangers at all kinds of grade railroad crossings.”

Critics say the railroads should be doing more to improve safety. Robert Pottroff, a Kansas City-area attorney who has sued railroad companies hundreds of times, said the industry doesn’t do enough.