A lawsuit alleging that traffic cameras used to trap speeders are unconstitutional has been filed against a southwest Ohio village just months after a judge ordered similar cameras removed in another village in the state.

The lawsuit filed recently in Butler County Common Pleas Court in Hamilton against New Miami by four area residents and businesses alleges the village’s camera ordinance violates the constitutional right to due process. 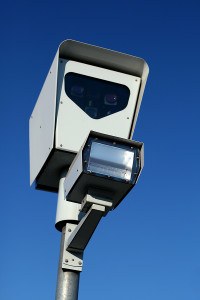 The lawsuit was filed against the village, about 20 miles north of Cincinnati, and New Miami police Chief Kenneth Cheek. It seeks a judgment that the ordinance is invalid and should not be enforced. The lawsuit also seeks restitution of all penalties, fees and other charges paid by those filing the suit. It also seeks class-action status, which would allow others who have been ticketed from the cameras to join the lawsuit.

Dennis Adams, the village’s attorney, said Tuesday that he had not seen the lawsuit and had no immediate comment. A message left for the police chief was not immediately returned.

A Hamilton County judge in Cincinnati earlier this year struck down the use of traffic cameras in the village of Elmwood Place, saying their use violated due process.

The lawsuit against New Miami says the ordinance violates due process by not providing an opportunity for those who receive a ticket “to be heard at a meaningful time and in a meaningful manner” and permits a person to be held liable based on hearsay evidence. The police officer who reviews the recorded images does not have any firsthand knowledge of the violation, and the ordinance assumes that the owner of the motor vehicle was operating it at the time of the alleged violation, the lawsuit also states.

Charlie H. Rittgers, the attorney representing those filing the lawsuit, said Tuesday that motorists have no way to contest the camera’s accuracy.

“There is no mechanism in the ordinance to allow citizens allegedly speeding to present a legitimate defense,” he said.

He said the lawsuit is almost identical to the one in Elmwood Place, which used the same camera company.

New Miami’s police chief has said the village did not consult Elmwood Place’s speed ordinance and that the cameras have reduced speeding in the village, the Hamilton JournalNews reported. Cheek also has said that the cameras along U.S. 127 have recorded more than 12,000 violations since they were installed in October 2012, and fines totaling $210,000 had been collected by the end of last year, according to the newspaper.