Weather officials in Tornado Alley have raised concerns about a scene in the new Superman movie that they say incorrectly portrays a highway overpass as a safe place to hide during a tornado.

In “Man of Steel,” Clark Kent’s dad sees a tornado approaching as he’s driving, and urges his family and other motorists to seek shelter under a highway overpass. That contradicts the tornado safety information put out by weather officials, The Wichita Eagle reported. 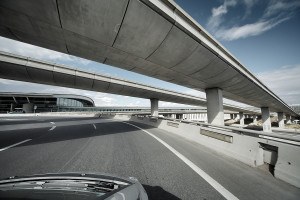 “Hollywood’s decision to include this scene is very distressing since people will remember that film clip more than anything we tell them,” said Larry Ruthi, meteorologist-in-charge of the Dodge City branch of the National Weather Service.

Warner Bros. released a statement after the movie’s premiere saying the film is a work of fiction and that events depicted are not intended to serve as emergency preparedness advice.

“Many people mistakenly think that a highway overpass provides safety from a tornado,” the Dodge City weather service’s website says. “In reality, an overpass may be one of the worst places to seek shelter from a tornado.

“Seeking shelter under an overpass puts you at greater risk of being killed or seriously injured by flying debris from the powerful tornadic winds.”

Three people were killed and several others were injured on May 3, 1999, after taking shelter beneath overpasses when an EF-5 tornado struck Moore, Okla., and Oklahoma City.

Chance Hayes, warning coordination meteorologist for Wichita weather service’s office, has nearly given up trying to tell people not to use overpasses as shelters.

“It will always be in the back of their mind,” Hayes said.

He said it’s best to stay alert to weather threats and stay off the road during a tornado. Hayes said if people have to be on the road and see a tornado, they should drive at right angles away from the tornado. If that’s not possible, he said, they should make a three-point turn and drive to the closest shelter.

Hayes said that taking shelter in a ditch is better than staying in the vehicle or hiding under an overpass, unless the ditches are filling with water from heavy rains.