Eastern Indiana police say they tracked down a man accused of crashing into a utility pole while driving drunk by following a trail of leaking antifreeze to his car.

Richmond police were called Monday when a driver fled the scene after crashing his car into the pole and cutting power to more than 40 homes and businesses. 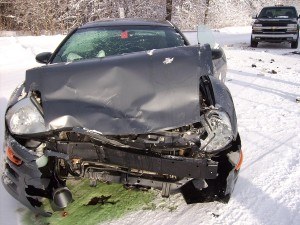 The Palladium-Item reports officers found car parts in the street and followed a trail of antifreeze to a car with considerable front-end damage parked at a convenience store.

Police say the driver fled from the car when they arrived, but was captured following a foot chase.