And for Black, a Kansas University junior studying atmospheric science, and the three people in his car, that meant a video of a tornado near Geneseo that got picked up by The Weather Channel, ABC News and other media outlets.

“We were all just in shock because of what nature can do and how beautiful it was,” he said.

Black and his compatriots have all been chasing after storms for years, but it’s becoming something of a trend, with large numbers of people creating traffic jams for a big storm. 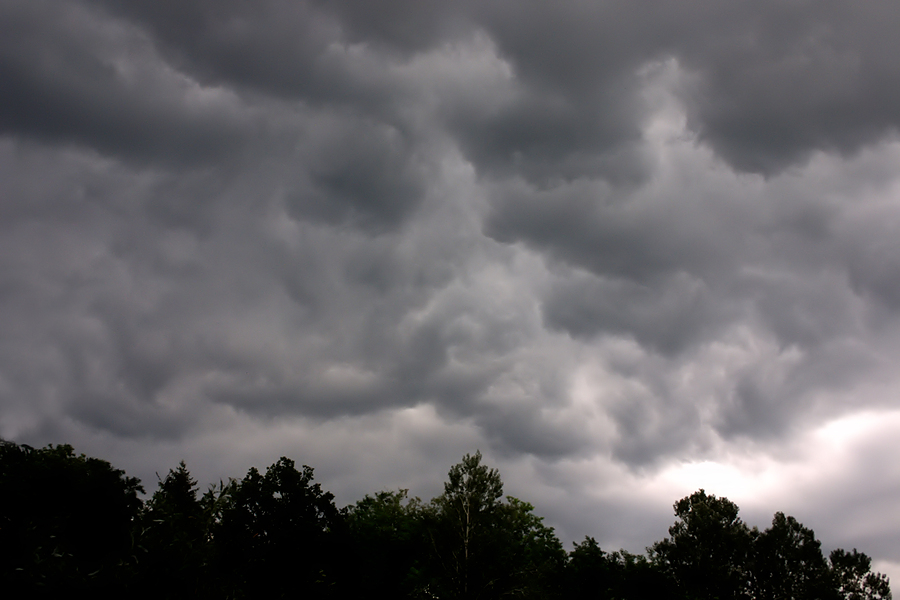 Meteorology students at KU who chase storms often begin preparing for a large event like the April 14 storms a week in advance, trying to determine the likely place for them to be. Their forecasting training can give them a leg up on the increasingly large numbers of relative amateurs who have hopped on the storm-chasing bandwagon, Black said.

KU’s atmospheric science program has traditionally been something of a magnet for people who are interested in tornadoes.

“Most of the students who come to our program in Kansas, they’re interested in severe weather,” said Shawn Milrad, a visiting assistant professor in the program who chases after storms himself.

Storm chasing isn’t part of the official curriculum here, he said, though it is in classes at the University of Oklahoma and Texas A&M University.

“There’s a lot of legal hoops to jump through,” he said.

Milrad said that when he started chasing storms in 2006 he might run into two or three others doing the same thing. Now, storms often bring out enough people to create traffic jams.

He said amateur chasers can run into trouble in a couple of ways. Many times, they’ll travel alone, checking a computer and a cellphone while on the move.

“The most dangerous thing about storm chasing is not the tornadoes; it’s the driving,” Milrad said.

Also, he often sees people with little to no weather information who just follow the traffic.

“It really should be left to people who know how to forecast and know how to stay safe,” he said.

Aaron White, a senior from Westmoreland, wants to be a meteorologist on television and has been chasing storms since he was in high school.

“I used to sit and watch The Weather Channel when I was young,” he said.

He saw the large glut of newly interested storm chasers when he was out during the big outbreak.

“There were emergency vehicles ahead of us,” he said. “A lot of people were just driving down the road and not getting over.”

Many of the people seemed to be from the local communities.

“Everybody just wants to get out and see something,” he said.

Brianne Gerber, a senior from Council Grove, said she’s used the skills she picked up in meteorology class to help out her rather addictive hobby. About 30 meteorology students are interested in storm chasing, though not everyone goes out for every storm.

It helped when, as with the recent tornado outbreak, it happened on a Saturday.

But even if foul weather occurs during the week, it can be difficult to keep the would-be meteorologists away. Any chance she gets, she’s out there.

And Milrad admits he’s canceled class during a major thunderstorm. The students do put their forecasting skills to work during a chase, he said.

“No one was going to show up anyway.”