Some Illinois prison guards who received workers’ compensation settlements had only mild carpal tunnel syndrome in their wrists or similar elbow injuries and might not have needed surgery, according to a newspaper investigation. 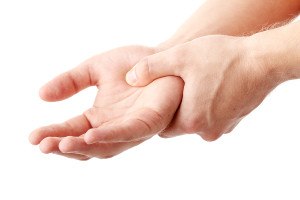 Guards at the Menard Correctional Center have filed about 230 repetitive trauma cases that resulted in more than $10 million in partial disability settlements since January 2008. They claimed their injuries were from locking and unlocking cell doors and were awarded between $20,000 and $80,000 each. The surgery that guards had was a factor in how much money was awarded.

The Belleville News-Democrat reported Tuesday that it asked two neurologists to review diagnostic nerve testing results for 50 of the guards that it obtained through a Freedom of Information Act request.

The neurologists concluded that of those cases, 80 percent to 85 percent were mild and likely could have been treated without surgery. They cautioned, however, that without examining the patients, their conclusions would not be up to medical standards.

One of them, Belleville neurologist Stephen Burger, said he believed most of those cases could have been treated through non-surgical means such as wearing hand splints.

In June, the newspaper uncovered an expert report commissioned by the state of Illinois that showed locking and unlocking prison cells didn’t cause repetitive trauma injuries in guards. Despite the findings of the 2008 report, the state continued to grant workers’ compensation claims to guards, the paper reported.

Attorney Tom Rich, who handled many of the 230 claims, said many of his clients were “horribly injured” by repeatedly operating locks but returned to work after surgery and received settlements. The newspaper said he declined to comment for Tuesday’s article.

After the newspaper’s initial reporting, the State Department of Insurance began a criminal investigation. There is also a federal grand jury probe. Both are ongoing.