Illinois drivers could be barred from using their cellphones while passing a traffic accident or other emergency situations under legislation approved Friday by the Illinois House. 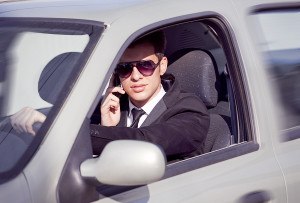 The bill also appears to bar drivers from using cellphones to take pictures or videos under any circumstances, although the sponsor said that was not his intention. It passed 62-38 and now goes to the Senate.

The measure would make it illegal for drivers to use their phones to make calls within 500 feet of an emergency scene, defined as any spot where an official vehicle is using warning lights. Supporters say it would reduce the risk of accident victims or emergency personnel being hit by careless drivers. Cellphone use is already banned in construction and school zones.

It includes an exception for drivers calling to report an emergency.

A current state ban on texting and emailing while driving would be expanded to include taking digital images. Under the bill, the restriction would not be limited to areas near emergency scenes, so it would apply to drivers taking digital pictures anywhere at any time.

“The way the House bill is written, it would prohibit sending or receiving pictures or video while driving on any road,” said Lewis Gainor, a Chicago-area attorney.

Rep. Jerry Costello, D-Smithton, sponsored the bill and questioned whether it would create such a broad ban on taking pictures while driving. He said his intention was to create restrictions only near the scene of accidents and other emergencies.

The House has also passed an outright ban on drivers using cellphones unless they have a hands-free device.