The Indiana Department of Transportation is taking steps to track down motorists who damage state property in crashes so it can collect payments from those responsible. 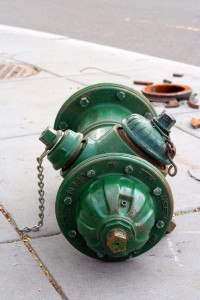 Under INDOT’s new system, police officers have kits containing tags that can be tied to a damaged fixture. The officer writes the accident number and date of the crash, and INDOT officials can call up the report to identify the motorist responsible for damaging a guardrail or other state-owned object.

The program, launched last July, has allowed INDOT to bill motorists and their insurers for more than $2 million in the last six months, the Indianapolis Business Journal reported. That compares with $1.4 million for the entire 2010 fiscal year.

State officials say they hope the program can add up to $4 million a year to its coffers.

That’s a big leap from the 15-month period that ended in February 2009, in which the state billed insurers and motorists $3.5 million but recovered only $1.8 million of that amount, according to Purdue University researchers.

State highway infrastructure is damaged an average of 4,000 times a year. Repair costs can range from $2,500 for a small section of guardrail to more than $600,000 for a bridge support that has been struck by a semi.

The new program allows INDOT to better link that damage to a particular accident.

In addition to the paper kits used by police officers, INDOT crews use a hand-held surveying tool that allows them to drag down a menu of materials and type in the quantity needed to make repairs, such as a new length of guardrail, posts, brackets and bolts. That tally helps the state determine how much to bill the motorist’s insurer.

The device also can take a photograph of the damage site and add an electronic time stamp and geographic coordinates.

Dan Brassard, INDOT’s chief financial officer, said the technology enables the state to bill insurers within days, rather than months. In the past, delays often caused INDOT to have to settle a claim for less because insurers would argue the damage had been caused by a subsequent accident, he said.

Darcy Bullock, a Purdue professor of transportation studies who was the principal investigator in the study, said the new program could help INDOT boost its collections by $2 million to $4 million a year.