A series of crashes into storefronts in an Indiana community has left a trail of property damage, but the drivers responsible are likely still behind the wheel because of Indiana’s policies on restricting driver’s licenses. 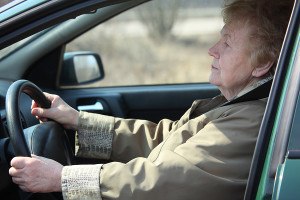 Some of the five storefront crashes that have occurred in the Lafayette area since Aug. 29 have involved senior citizens. But other than having their licenses renewed more frequently, those drivers don’t have any more license restrictions than other drivers, Graig Lubsen, communication director for the Bureau of Motor Vehicles, told the Journal & Courier.

“The only thing that would stop them is failing the eye test,” Lubsen said.

Most Indiana licenses are valid for six years. Drivers who are between 75 and 85 must renew their licenses every three years, and those who are 85 or older are issued two-year licenses.

Indiana also places limits on newly licensed 16-year-old drivers, restricting the time of day they may drive and who may be passengers in the car. Those restrictions ease as the drivers gain experience behind the wheel.

“Maybe everyone needs to be retested,” joked John Kao, assistant manager at Discount Den, a variety store off the Purdue campus that had a car crash into it in March 2004. The business is next door to Jake’s Roadhouse, where a vehicle slammed into a storefront last weekend.

“It’s already happened to us. It can’t happen to us again,” Kao said.

But the skills test doesn’t assess for inexperience or reflexes.