A Minnesota food company said Friday it is recalling more than a million hard-cooked eggs distributed to 34 states after testing revealed some may be contaminated with listeria. 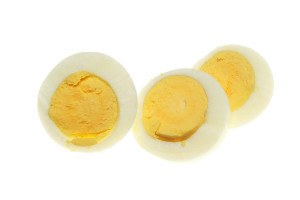 Some 15,000 pails of eggs in brine, sold for institutional use, are being recalled, Michael Foods spokeswoman Diane Sparish said.

The U.S. Food and Drug Administration said the eggs were produced at the company’s plant in Wakefield, Neb., and were bought by food distributors and manufacturers and not sold directly to retailers. There have been no reports of illness connected to the eggs, the agency said.

Lab testing by a third party revealed that some eggs may have been contaminated and the company determined that a repair project in a packaging room was the likely source of contamination, Sparish said in an email to The Associated Press. She said more than a million eggs were being recalled.

Michael Foods has taken a number of corrective steps to address the issue and prevent recurrence, she said.

Listeria can cause serious and sometimes fatal infections in young children, frail or elderly people, and others with weakened immune systems. Although healthy people may suffer only short-term symptoms such as high fever, severe headache, stiffness, nausea, abdominal pain and diarrhea, the infection can cause miscarriages and stillbirths among pregnant women.